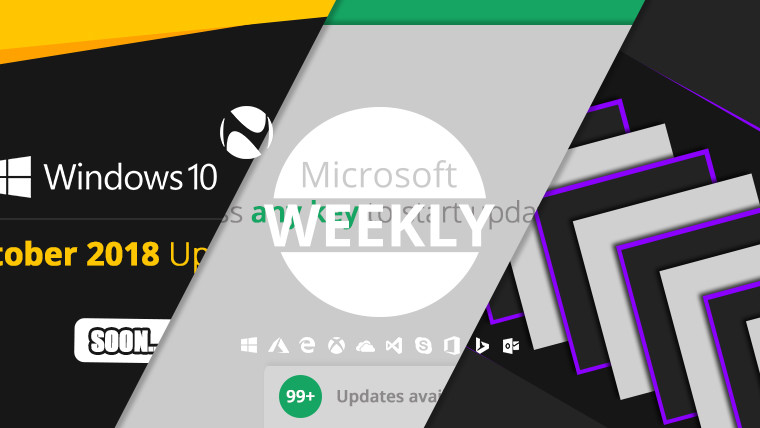 Whether you wanted it or not, the past week has come and gone, but it’s brought with it the usual assortment of news and updates from the Redmond campus. Though these seven days were a little lighter on the gaming front, there’s still plenty of stuff to talk about surrounding Windows 10 builds, services, and cross platform apps. Be sure to check out all that and more below, in your Microsoft digest for the week of September 15-21.

It’s that time of year again when speculation about Windows 10 RTM builds heats up, as Microsoft enters the last stretch before completion. 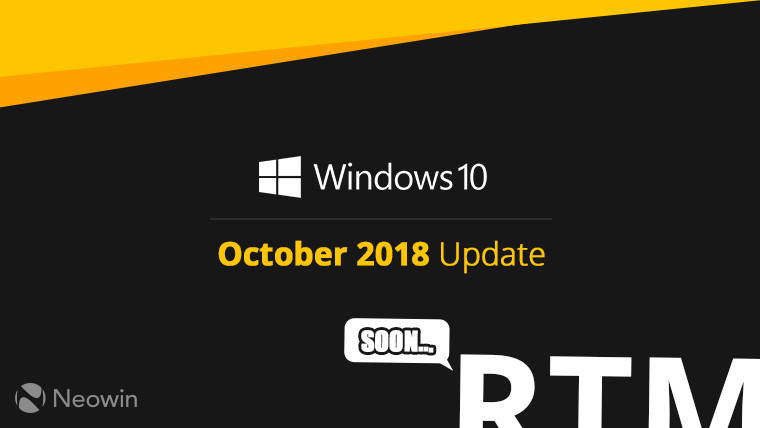 For those in the Slow ring of the Windows Insider Program, the Redmond giant has released build 17758.1004 containing mostly fixes for Edge. This is joined by the identically numbered SDK Preview build and set of ISO images. That’s all well and good, but what about the end of testing for Redstone 5?

Well, version 1809 is the latest iteration of Microsoft’s perennially-updated flagship operating system, and closes the Redstone codename “era”, so to speak. Much like 1803, the software giant has gone with a more sensible approach to naming it, i.e. the October 2018 Update. This means we’re on the last stretch before this thing is finished and made available to the general public. Build 17763 in the Fast ring - which brought some nice bug fixes around Edge, OneNote, display scaling, and PowerShell - might just be the RTM, though Microsoft isn’t confirming it. Despite the two Task Manager issues present (blinking ‘Background processes’ arrows, and incorrect CPU usage reporting), it’s possible we have the final build on hand, as it also made its way to the Slow ring.

To perhaps take a break from the will they / won’t they shenanigans, you may want to check out the Slow ring build in the Office Insider program. The most evident change is the ability to try out the updated ribbon, a feature that was previously the preserve of a couple of the Office Online apps.

For folks lucky enough to have been accepted in the Skip Ahead ring – or technically sub-ring -, there’s build 18242 which has the same Task Manager issues as build 17763, and includes only fixes. Said fixes cover Windows Hello, OneNote, PowerShell, the Emoji Panel, Bluetooth audio devices, some design inconsistencies in Settings and Action Center, plus a few others. Not to worry, non-Insiders got their fair share of updates as well.

The first batch came through on Monday:

Those who thought one set of updates was enough for a week were in for a surprise on Thursday:

On the bright side, despite the sheer number of fixes, none of the updates above has known issues.

Apps are those silly little things that people either don’t like using because of their perhaps limited feature set, or just go ahead and open every day because of the their useful nature. Regardless in which camp you fall, said apps have received some updates this week. 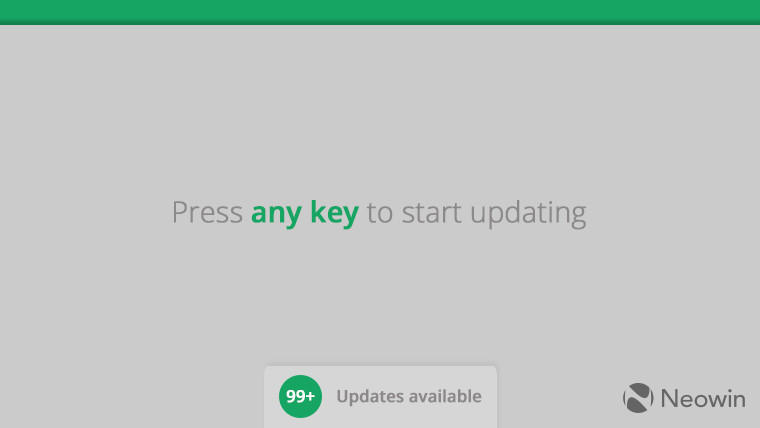 Fans of Microsoft’s streaming service Mixer should have a look at their iOS or Android devices and check if they have version 3.5.6. This latest iteration brings smoother video playback, less memory and data consumption, as well as a new first-run experience, the ability to delete and modify clips, plus an unfollow prompt to prevent accidental unfollows.

On the Android side, Teams has been updated with new calling features, a private meeting scheduling ability, more file type previews, and other enhancements. Jumping over the fence into the walled garden that is iOS, there’s the brand new version of the OneDrive app (10.33.6). This brings a redesign of the icon and splash screen, a new ‘On this day’ feature which allows you to view pictures taken on the same day in previous years, plus the ability to group camera roll pictures by month and year. Making a return is the ability to share items from the Photos view, joined by a few overall reliability improvements.

Looking to what’s coming later this year, we have Skype which will “soon” (whatever that means to Microsoft) make its way to Alexa-enabled devices. Since there’s already interoperability between Alexa and Cortana, the availability of Skype on devices like the Echo Show is a pretty logical step forward. In a bit more good news, also about Skype and also in the “soon” category, user status controls will become a little more similar to those in previous versions of the chat client (i.e. version 7 and below). This means you’ll be able to set your status to show as ‘Away’ after X number of minutes instead of the app automatically setting your status to ‘Away’ when you minimize the main window.

In Microsoft’s eyes, everything can be a service, and so it makes perfect sense that it would strive to at least make the service experience consistent. Then again, consistency isn’t necessarily the software giant’s strong suit. 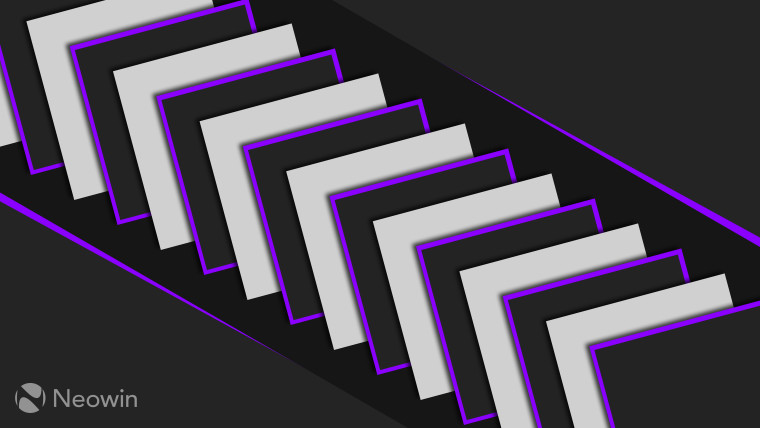 If you use Dynamics 365 in your business, you might want to check out the newly released set of apps focused on AI and mixed reality, respectively. Covering sales, customer service, and market analysis is the trio of Dynamics 365 AI for Sales, AI for Customer Service, and AI for Market Insights. On the mixed reality side there is Dynamics 365 Remote Assist which allows you to work with somebody else via mixed reality. This is joined by Dynamics 365 Layout, an app in which you can design workspaces before even starting construction.

Bing users have reason to rejoice as the search engine got its fair share of updates this month. Related to Bing’s Visual Search feature is Math Solver, which allows you to take a picture of an equation with your phone’s camera and get solutions plus explanation videos. This is available now for iOS and should come to Android soon. On a related note, there’s Text Transcription which does exactly what it says – transcribes text from a picture you’ve taken. This will arrive for iOS in the coming weeks, with no current plans for an Android equivalent.

The last feature in the Visual Search group concerns image searching itself. You can now paste, upload, drag-and-drop, or take your own pictures in the search flyout. There’s even the possibility to drag an image form the image search results page into this field and thus perform a reverse image search without leaving the browser.

Adding to all that is a set of improvements themed around the back-to-school season, an experience to help people learn American Sign Language, and Bing’s enhanced capabilities around answering questions related to NFL. Unsurprisingly, these features are U.S.-focused, with no word about worldwide availability just yet.

In yet more Bing news, Microsoft’s search engine now supports AMP (Google’s Accelerated Mobile Pages) in search results on mobile. Support for this feature has been there since 2016, though it was previously restricted to the Bing app on iOS and Android.

Finally, for businesses looking into deployment and management of Windows and Windows-based devices, Microsoft has introduced Microsoft Managed Desktop. This is a suite of software and hardware management solutions that’s offered as an alternative to MSPs (Managed Service Providers). Along with Windows Autopilot, Microsoft hopes this will “drive more business value”. The hardware on offer is currently limited to Microsoft’s own Surface line of products, with OEM alternatives from Dell and HP expected to show up soon.

To finish things off, we take a look at what you won’t be able to find in the upcoming October 2018 Update. 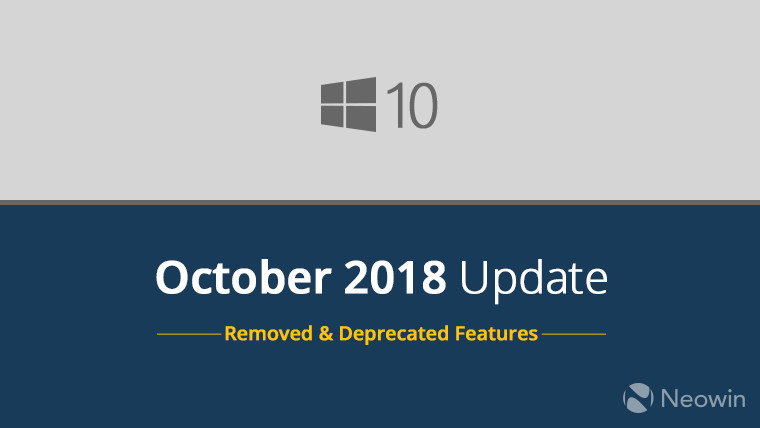 As it happens with most of these feature updates for Windows 10, Microsoft has detailed what it will be removing or deprecating in terms of features from version 1809 (October 2018 Update).

First off, Distributed Scan Management (DSM) or Business Scanning is being axed due to the absence of devices supporting it, the FontSmoothing setting in unattend.xml is gone too – due to ClearType being now the default in Windows 10 - and the Hologram app has been replaced by the Mixed Reality Viewer. Furthermore, the Azure connectivity TPM limpet.exe is being released as open source, and the Phone Companion app will be removed because the relevant page in Settings contains all of the app’s features.

Also in terms of what’s removed, the Trusted Platform Module (TPM) management console is no more, due to this same capability being available in the Device security page of Windows Defender Security Center. And speaking of security, Windows Embedded Developer Update for Windows Embedded 8 Standard is being removed, with future updates being obtainable via the Microsoft Update Catalog.

There are also, of course, deprecated features too. For example, the Companion device dynamic lock APIs (CDF APIs) are no longer being developed due to Dynamic Lock that was introduced in Windows 10 1709. Another reason for this is the lack of adoption of the CDF method by partners.

Continuing this trend, the OneSync service which previously synced data between the Mail, People, and Calendar apps has been put to the side in favour of the new sync engine from the Outlook app – which does the same job.

Last but not least is Snipping Tool, which in 1809 will be supplanted by Snip & Sketch, the newer and more full-featured built-in solution.

Overall, it’s not quite as extensive a cut compared to previous updates, with most of these changes being rather sensible in context. There might be some of Snipping Tool fans left (myself included), but nevertheless change tends to have that effect on people.

Missed any of the previous columns? Not to worry, they can all be found here.