Microsoft is hoping to boost sales of its Xbox One this week by offering a free game, and a $75 Microsoft Store gift code, to those purchasing the console from its online and physical stores in the US. 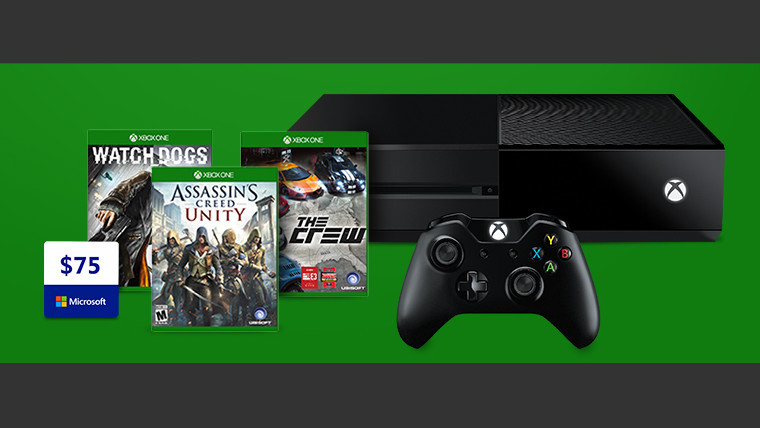 Your choice of free game will be limited to one of these three options:

The $75 gift code can be redeemed against any purchase in the Microsoft Store, although you'll have to wait until your next purchase to redeem it, rather than being able to apply it immediately towards the cost of the Xbox One.

The free gift code will be included "with select Xbox One consoles" until February 15, but the offer of the free game has been available since before Christmas, and will continue until March 31, or "while supplies last". If you're thinking of taking advantage of this deal, though, it's probably best not to wait too long if you want to ensure that you get the game of your choice.

Microsoft is also offering $10 off a 3-month Xbox Live Gold membership, bringing its price down to $14.99.