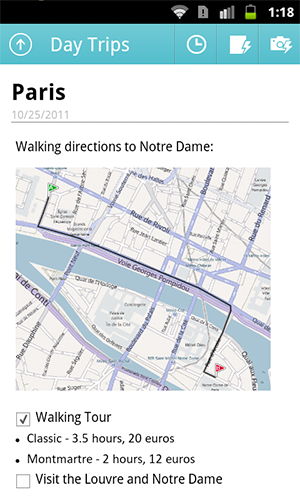 Microsoft is continuing to release its software products for other mobile platforms. Today the company announced that its OneNote application now has a version for Android users. In December, Microsoft released a version that was optimized for the Apple iPad.

The new Android port can now be downloaded from the Android Market for free. The note taking software has a number of features in its Android version including to-do lists with clickable checkboxes, photo capturing with the Android device's camera, allowing users to sync up to their free SkyDrive account, offline access to notes, a way to sync up to OneNote on a PC or notebook via a WiFi connection and more.

While OneNote for Android is free to download, users can only create up to 500 notes for free. After that note limit is reached, users can pay a one time fee of $4.99 if they want to gain unlimited use of the app.