Microsoft is finally going on the record with specific plans for its Xbox Entertainment Studios, which will offer original video programing for owners of Xbox One and Xbox 360 consoles. Today, it revealed that it has commissioned a documentary series from the newly formed Lightbox production company, with the first film slated to look back at one of the oddest events in video game history. 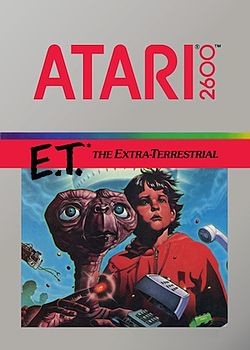 The Xbox Wire site reveals that the currently untitled documentary will examine the burial of millions of Atari 2600 game cartridges in a New Mexico landfill in 1983. All of them were unsold copies of the 1982 game "E.T. the Extra-Terrestrial", which is widely considered to be one of the worst games ever made. The landfill will be dug up early in 2014 and the documentary crew will be filming those efforts as part of their movie. The film will be shown exclusively on Xbox One and Xbox 360 consoles later in 2014.

The only other show that Xbox Entertainment Studios has confirmed is in development is a live action TV series based on the Halo sci-fi game franchise. Other shows that are rumored to be in development, but have not been officially confirmed by Microsoft, include a soccer reality show series called Every Street United and an untitled comedy series about a group of ex-pro skateboarders living together in Los Angeles.