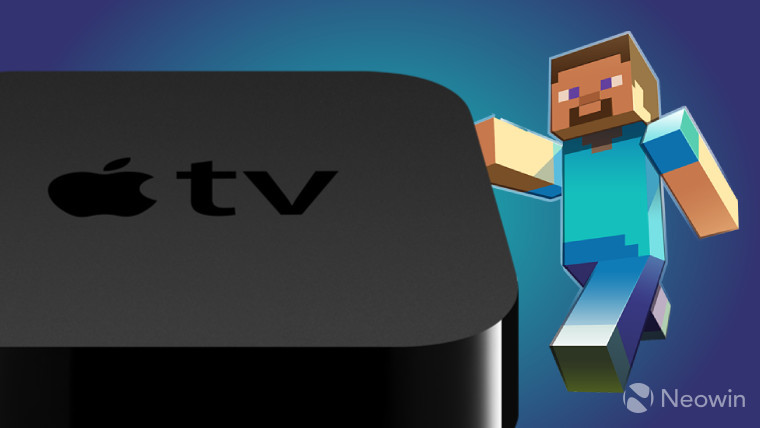 Back in October, at its MacBook Pro launch event, Apple announced that Minecraft would soon be coming to the Apple TV. Today, the makers of the hugely popular blocky world-building game have announced its release for the fruity media box.

Minecraft: Apple TV Edition is available to buy from today, priced at $19.99. For a limited time, it also includes seven bits of additional downloadable content:

The new Apple TV version of the game doesn't yet support Minecraft Realms or Xbox Live - but those features are in development, and will be added in an update "in the near future".

Minecraft: Apple TV Edition includes the new Ender Update, which has also been released for the Pocket Edition and Windows 10 Edition of the game today. The update includes the 2016 Festive Mash-Up Pack, along with:

Microsoft recently announced the upcoming launch of its new Fallout Mash-Up Pack, details of which you can find here.