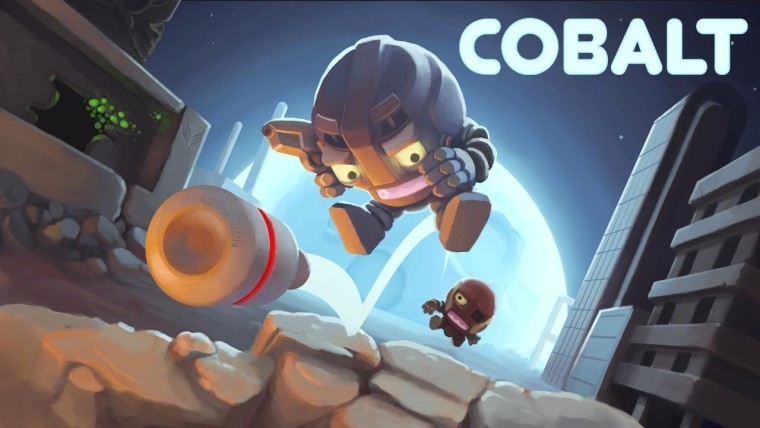 Mojang is perhaps the most successful game studio at this point in time. The studio had a scorching success in Minecraft, which has sold extremely well on PC/Mac platforms and recently came to the Nintendo Wii. With Microsoft acquiring the Minecraft franchise and all of its properties, Mojang is now moving on to new things, which includes its latest game: Cobalt.

A collaborative effort with Oxeye Game Studios, Cobalt is a side-scrolling action/brawler that can be enjoyed in both single player and split-screen, cooperative style. Cobalt is a big departure in terms of gameplay style from Minecraft, but retains a simpler graphics approach in favor of unique gameplay elements, like a lot of slow-motion and weapons fire that can ricochet off select surfaces.

Describing Cobalt is tough, but things like Angry Birds, Contra, Sonic the Hedgehog and pinball all come to mind when watching the release trailer for the game. Should you beat the campaign mode, there's an intriguing versus mode that you and your friend can waste hours away on, should you feel the need to get a little competitive.