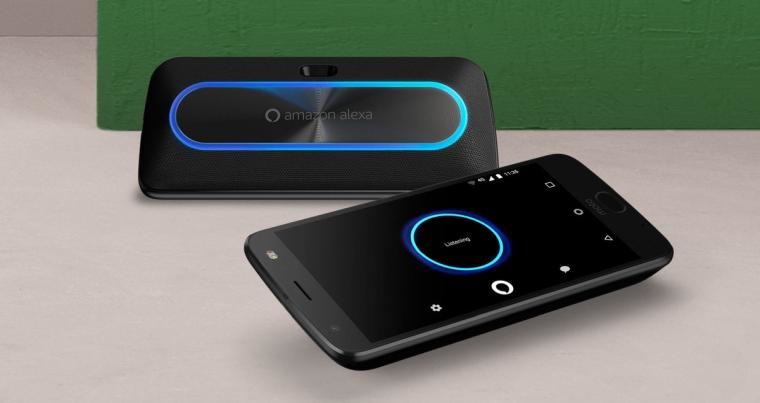 Motorola has unveiled a new attachment for its Moto X line of smartphones called the Moto Smart Speaker, powered by Amazon Alexa. The new mod will be available in November for $149.99.

The unit attaches magnetically to the back of the Moto Z phones and has four microphones. When attached, the 8W, 27mm dual speakers can act as a stand so the screen faces the user. The screen then doubles as an Amazon Spot to show off results.

The mod is about 22.8mm, and is a bit thinner than the JBL SoundBoost Speaker mod. The unit also will work untethered from an in-home Echo, and comes with a 1,530 mAh battery, which the company claims can last up to 15 hours with "mixed use" on a 4G LTE network. This spec is of course dependent on factors like network configuration and app usage patterns, with Motorola not making it too clear how much of an impact the Smart Speaker has on your phone's battery life when not in use.

The new Moto Smart Speaker is a logical set for Motorola, given that parent company Lenovo announced a Amazon Alexa Smart Assistant partnership at CES in January.

In addition to the Smart Speaker, Motorola also revealed that its Moto X4 smartphone will be available for pre-order tomorrow, and will be available at electronics retailers such as Best Buy, Fry's and Newegg starting on October 26. The price will be $399.99. 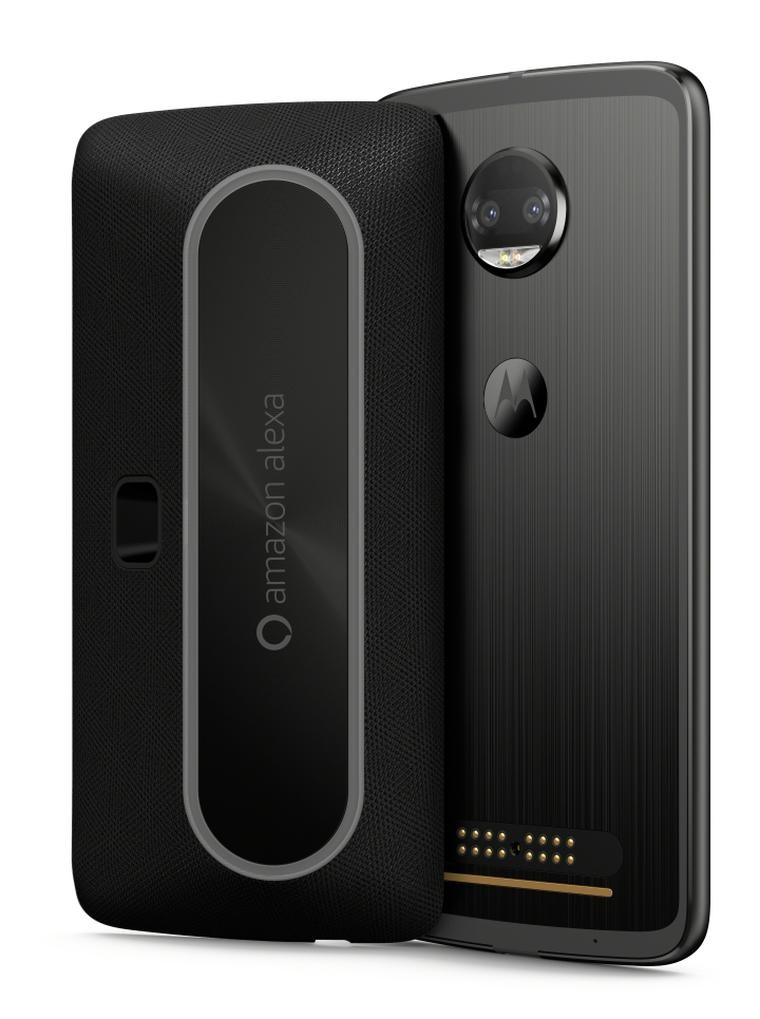