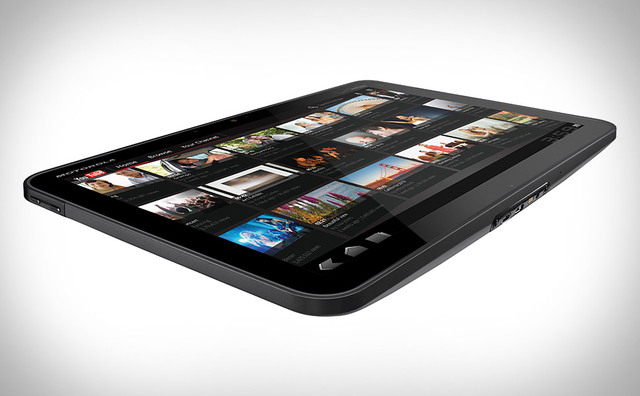 Of all the numerous Android tablets slated for release in the near future – and there are a lot – the Motorola Xoom is the one that many experts are picking to go up against the still dominant iPad. It will be the first tablet to run Google’s much anticipated Honeycomb version of Android (3.0), and will tout a high-resolution 1280x800 screen, dual cameras, 32GB of internal memory, and will pick up Verizon’s 4G network when available.

According to a leaked internal Best Buy sales document, picked up by Engadget, the device will go on sale at Best Buy stores on February 17. Pricing is set at $699, but we’re unsure if that’s with or without a contract subsidization (we hope not).

In the large swath of Android tablets that have popped up over the last months, and especially at CES earlier this month, there can only be a few that rise to the top and battle for some of Apple’s enormous tablet market share. The Xoom will be the first to run on Honeycomb, a huge advantage given that many other tablets are still running on an outdated 2.1 OS. The Honeycomb update is the first real brainchild of Matias Duarte, the former UI VP over at Palm who recently defected to Google to head up the Android UI department. Many would say that his influence is easily recognizable in the new OS, and many see this as a welcoming change to the increasingly stagnant state of UI development on the mobile platform.

This pedigree, along with specs that trump other Android tablets in the roster, is sure to make Motorola an Apple competitor to keep your eyes on.