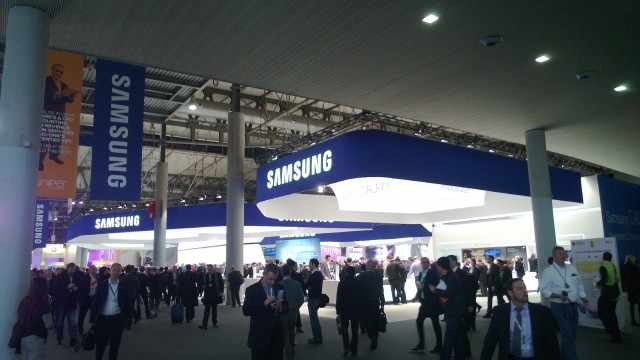 Samsung’s presence at Mobile World Congress this year was considerable, with extensive promotions across the event for its Galaxy devices, and an enormous main stand showcasing some of its most important products of the moment. 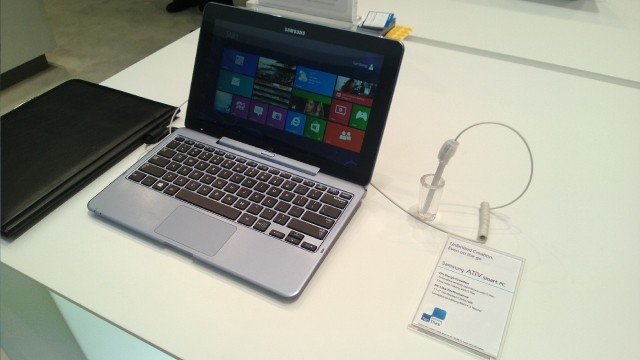 Samsung chose to focus on a select few devices rather than bringing the full enormity of its entire range to the event, and one of the first machines that many visitors to its stand will have seen is the new ATIV Smart PC, a Windows 8 tablet with keyboard dock. 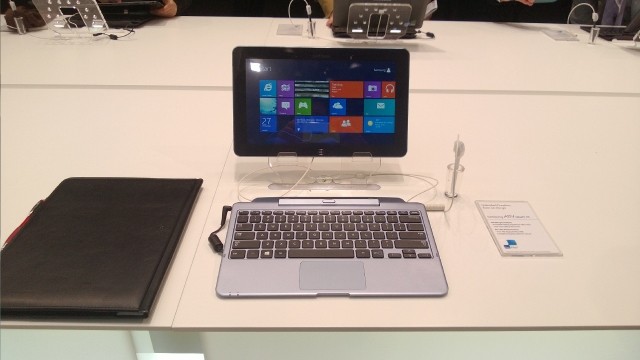 For anyone who’s seen or owned the Series 7 Slate PC – also known as “the BUILD tablet,” as it’s the device that Microsoft distributed to many developers during the pre-release stages of Windows 8 – the ATIV Smart PC will be very familiar. The form factor of the tablet itself is nearly identical to its predecessor, but considerably improved upon with the addition of an S-Pen stylus (with an integrated storage silo), and the keyboard accessory. 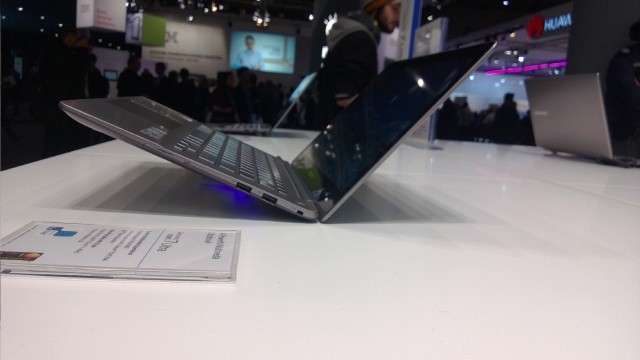 That wasn’t the only Windows 8 device being showcased on the Samsung stand. The Series 7 Ultra – a sleek and light Ultrabook – was also on display, although during my visits, it didn’t seem to be attracting a great deal of attention. 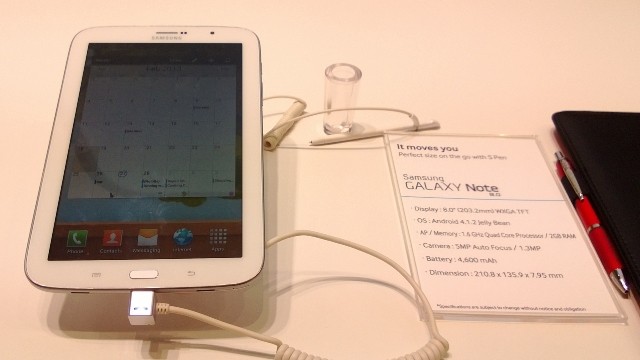 The real crowd-pleaser on Samsung’s stand was the subject of its MWC announcement – the Galaxy Note 8.0, which we went hands-on with earlier. 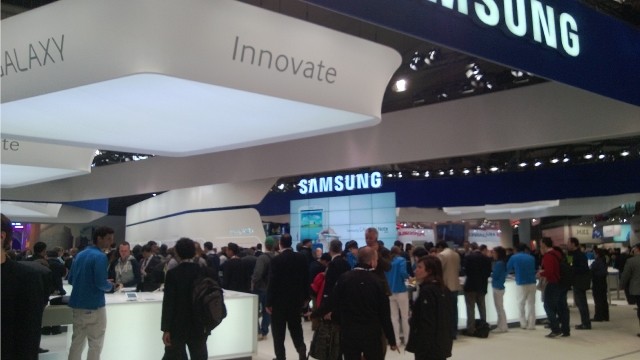 The large crowd of people seen in the image above is clustered around display areas showing off the new Galaxy phablet, while further back, people can be seen congregating near the large display screen, where demos and walkthroughs related to the new device were being held regularly throughout the day. 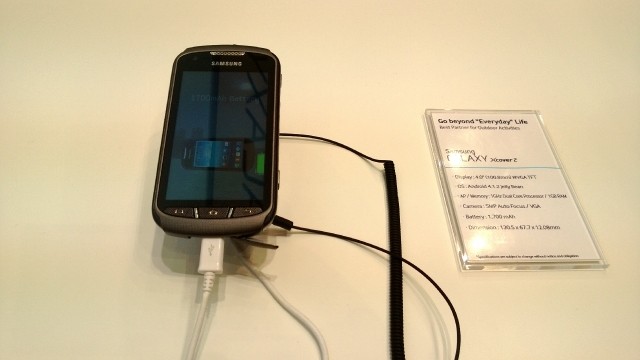 Samsung also showcased other members of its Android-based family, including the rugged, durable Galaxy Xcover 2… 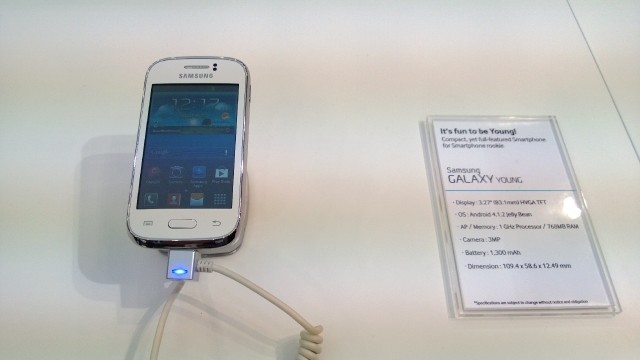 …and the Galaxy Young, a simple affordable handset intended for those getting their first smartphone. 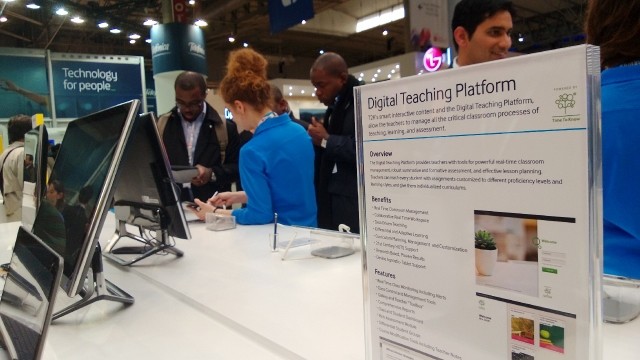 The company didn’t focus exclusively on devices; it also highlighted initiatives such as its digital teaching platform… 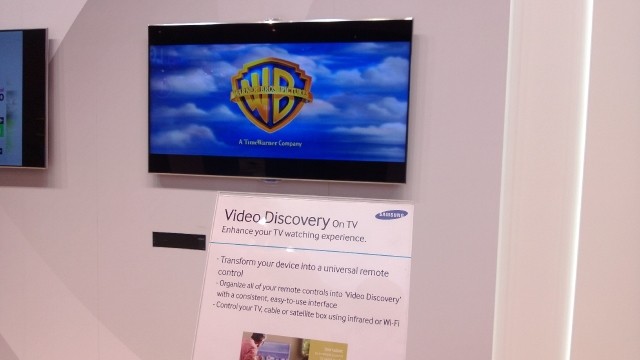 …software tools, such as its Video Discovery platform… 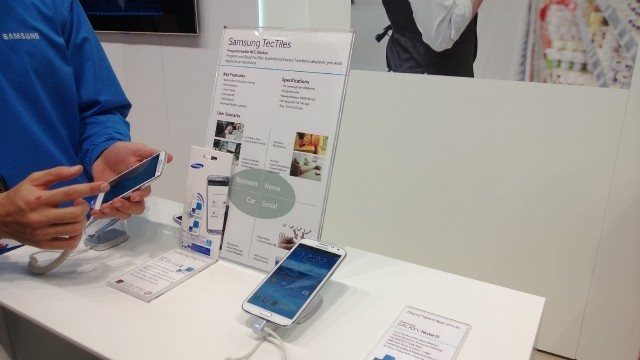 …and emerging technologies, such as its programmable NFC ‘TecTiles’; you can find out more about NFC and its benefits, including more info on TecTiles in our NFC overview. 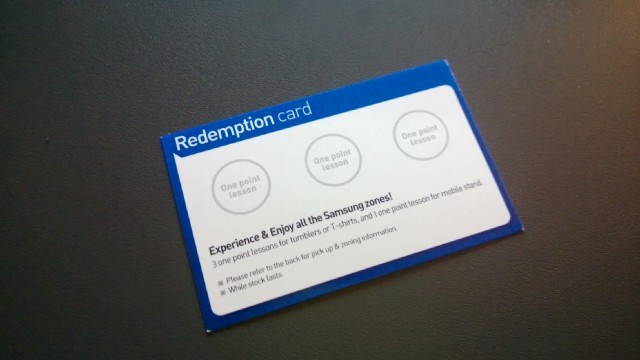 Visitors to the stand were encouraged to listen to short, one-minute talks from staff, on a variety of subjects – from devices to apps and services – in order to get stickers that could be redeemed to earn T-shirts or branded tumblers.

Frankly, I couldn’t be bothered as you can see from the image above, so I left and returned to the Nokia stand for more cookies.