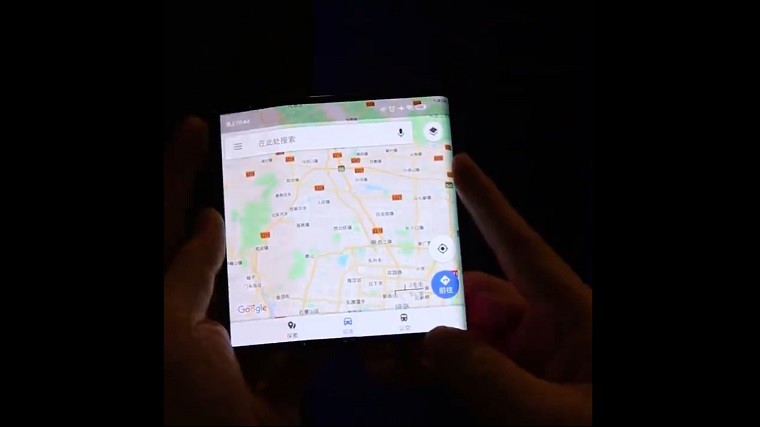 Foldable phones are set to be one of the big trends of 2019, especially after Samsung officially showed off a proof-of-concept for such a device at its developer conference. But while that prototype was plagued by huge bezels and a visible hinge on the front, it could be that a better-looking folding phone is on the way.

Evan Blass, known for sharing leaked images and information about upcoming devices, has shared a video on Twitter, which shows off what appears to be a foldable device with minimal bezels all around. Blass does warn that the authenticity of the footage can't be verified, so this should be taken with a healthy dose of skepticism, but it's said to be made by Xiaomi.

However, if true, this would be the best-looking folding phone we've seen so far. Aside from the very small bezels, the screen doesn't just fold once, but twice, which allows it to be used in more than two configurations, and it also means that it can get a better aspect ratio as it transitions from a phone-like form factor to a tablet.

Additionally, the transition is very smoothly reflected in the software as well, without janky animations or perceptible stuttering as the screen is folded. The video fails to show off the device's thickness, or any other part of its body aside from the display, though.

As mentioned above, the authenticity of this video is far from confirmed, so it could well be a very elaborate fake. The device in the footage seems to tick a lot of the boxes as far as foldable phones go, and it could be a case of something that's too good to be true. With Mobile World Congress not too far off, if the device turns out to be real, it will likely be shown off in some capacity at the event.