When you think of “MySpace Tom”, the last thing you'd expect is him to school someone on the internet via Twitter, right? Well, user @polotapia knew exactly what buttons to press when he confronted Tom about not being able to keep MySpace alive. The conversation between the two can be seen below: 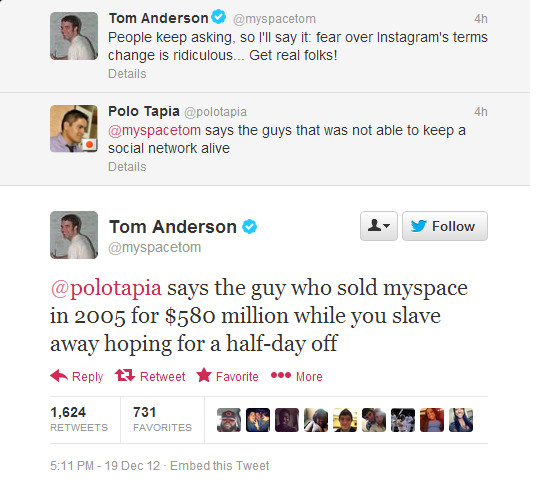 Soon after, Tom noted that the user had deleted his account, which is probably due to the mockery that @polotapia endued after the incident. We know that the tweet was retweeted over 6,300 times and comments such as, “you got ooooooowwwwwwwwned by myspace tom ahahahahahahahhahahahhahahahahah” and “dude you got dissed the fuck out by @myspacetom ahahaha” were posted; who would stick around for that?

As this was going on, users began realizing that Tom was open to answer questions and began talking about Tom's signature Myspace profile photo and suggesting he should change it. The conversation went as followed: 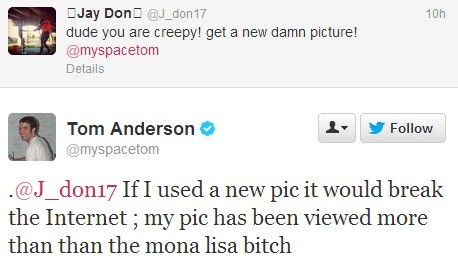 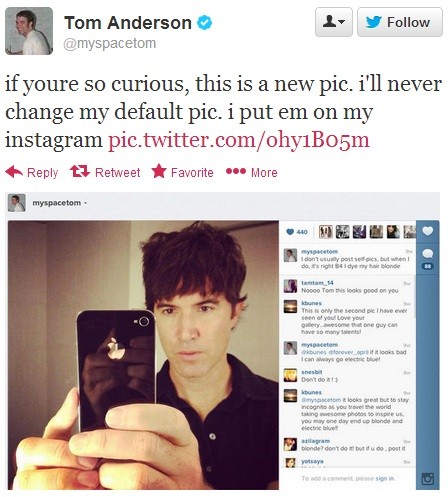 I think it's safe to say that if you're going to insult Tom, don't.