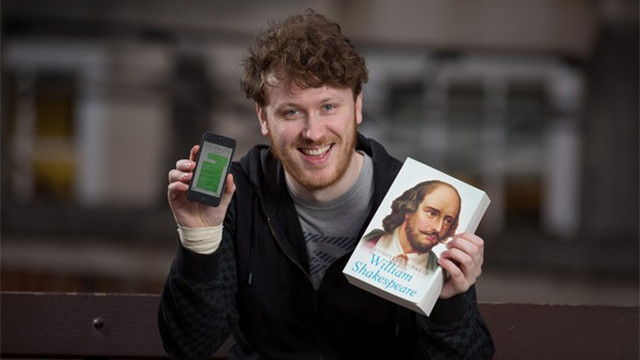 What's the best way to get revenge on someone who scams you out of money for a PlayStation 3 that's never sent? Sending 17,424 text messages of William Shakespeare's plays to the scammer seems like a good option.

According to the Bristol Post, that's exactly what graphic designer Edd Joseph did – and he's not finished yet. Joseph says he agreed to purchase a PlayStation 3 from an online seller for £80, though the console never arrived. For revenge, Joseph decided to send all 37 of Shakespeare's plays to the perpetrator. The 17,424 text messages only account for 22 of those plays, while the remaining 15 plays will result in another 11,881 texts for Joseph's victim.

Since Joseph has unlimited texting, it costs him nothing, and since he can copy and paste each entire play in a single text, it isn't much of a hassle for him. For his recipient, however, the texts are split up, meaning his phone will essentially be buzzing nonstop. Apparently, however, the historical and popular nature of the texts are lost on the recipient, who didn't know they were Shakespeare.

"I got the first reply after an hour, and then a few more abusive messages after that ... but recently he has taken to calling me and giving me abuse on the phone," Joseph told the Post. "I tried to ask him if he was enjoying the plays, but he was very confused."

Joseph said he's going to "keep doing it" in an effort to share "a little bit of culture with someone who probably doesn't have much experience of it."

A word to the wise: If you're an online scammer, give Joseph his money back. If he's sending a total of 29,305 texts to the scammer for an £80 PlayStation 3, imagine what he'd do to someone who scams him out of a PlayStation 4, which retails for about £350.