Richard M. Stallman is defined by Wikipedia as being an "American software freedom activist, hacker and software developer." He is perhaps most notably known for his work on the Free Software movement. Stallman is also the father of the GNU operating system, that which is commonly referred to as Linux but more accurately defined as GNU/Linux. 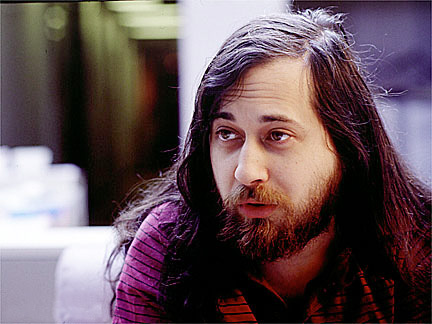 Given the current state of technology, with both Windows 7 and Snow Leopard scheduled for release, we at Neowin figured it would be a good time to sit down with the "opposition" and hear a defense of Free Software:

Neowin: What would you say are the main achievements of Free Software, and furthermore, GNU/Linux, in the past 12 months?

Stallman: There are now netbooks (from Lemote) that are shipped with a GNU/Linux system that is 100% free software, and a free BIOS-equivalent too.

There is now a video hosting site (dailymotion) which distributes video in Ogg Theora format, rather than Flash containing patented MPEG4 formats.

There is now a web advertising service (AdBard) which won't give your site ads for proprietary software.

The President of Brazil told me that Brazil's public schools will move to free software. (All schools should teach only free software, because they need to teach the spirit of cooperation and sharing knowledge.)

Neowin: How do you think the free alternatives to commercial software (think GIMP for Photoshop) compare in terms of functionality, ease of use and productivity?

Stallman: This varies from program to program. I have never used Photoshop, and just touched the GIMP once, so I can't compare them from personal experience. I have heard people say the GIMP is better, but the lack of a restricted color-matching feature hampered certain uses.

I have used OpenOffice Writer occasionally, but I can't compare it myself with Microsoft Word. Large organizations have moved to it; whatever its imperfections may be, it is clearly adequate.

Any conclusion about comparing free and proprietary programs depends on the values we judge them by. If we judge solely in terms of practical convenience, either one might be better, depending on specifics. But if we value freedom highly, the program that respects our freedom is always better than the one which takes it away.

That's the reason I launched the development of the GNU operating system: to make it possible to use a computer and have freedom. I hoped to make technical improvements over Unix also, but that was a side issue. If Unix had been ethically acceptable, I could have made those technical improvements in Unix, and saved myself a lot of trouble. What made it necessary to completely replace Unix -- which is why the replacement is called GNU's Not Unix -- was that Unix's proprietary software license did not respect the essential freedoms.

Neowin: Who do you see as a bigger "competitor" to Free Software: Microsoft or Apple?

Stallman: "Competition" is not a strong enough term to describe the conflict between living with freedom or without. Free software respects the user's freedom; proprietary software takes it away.

There are four crucial freedoms that define free software:

Freedom 0, the freedom to run the program as you wish.

Freedom 1, the freedom to study the source code of the program, and then change it to make the program do what you wish.

These four freedoms are crucial because they allow users to cooperate and let them control what the program does. Using free software, the users control their computing, both individually and collectively. Any group can make their version do whatever it is they want. Any individual or company who doesn't like that collective decision can change it for himself or itself. Those who don't know how to program can also take advantage of these freedoms, by paying a programmer to make the changes they want.

Proprietary software keeps the users divided and helpless; it gives the developer unjust power over whoever uses it. This practice is wrong, and the aim the Free Software Movement is to put an end to it. The question is not "Who will succeed in getting more customers?" but "Can we win freedom?"

In a question business competition, we say, "Let the best product win," implicitly presuming all the products equally ethical, and differ only in affordances and price. (Of course, that's not necessarily true; one may be made by union workers and the other in a sweatshop.) But in the contest between freedom and dependence, we should say, "Let freedom win."

Neowin: What role do you see for non-free/proprietary software in the future?

Neowin: What do you think the much anticipated launch of Windows 7 and Snow Leopard will do for Free Software? Will it affect it positively, negatively or not at all?

Stallman: The term "much anticipated" seems inappropriate since it usually is not applied to something whose purpose is nasty.

Windows 7 has malicious features just like Windows Vista. These include features to restrict users (Digital Restrictions Management), a back door for imposing software changes, and perhaps also the spyware features discovered in previous versions. If you don't want to be abused, defenestrate your computer.

Windows Vista had major unintended flaws, as well as those intentional flaws; together they provoked a strong reaction, which we did our best to stimulate through the site BadVista.org. The proprietary licensing of Windows contributed to both kinds of flaws. Free software is not immune to unintended flaws, but it gives people the freedom to fix them. But the crucial point is that proprietary licensing makes malicious features a business model. Only a proprietary software developer has the power to impose malicious features and make them stick; with free software, someone else would exercise freedoms 1 and 3 to publish an non-malicious improved version.

Microsoft's designers are not stupid, and we cannot count on them to make mistakes next time. We don't know whether Windows 7 will have major unintended flaws. What we know is that the malice remains as nasty as before. The Free Software Foundation will continue to educate the public to recognize and reject these malicious features.

MacOS is malicious too: it has Digital Restrictions Management. The details are different, but the overall situation is the same. You can't get freedom with MacOS.

Neowin: What would you say to all the people who are planning on purchasing Windows 7 or Snow Leopard?

Stallman: Those words imply a feeling of awe towards the magnitude of the number of people in question.

I don't know how many people have a specific intention to use future versions of Windows or MacOS. I also don't know many people intend to buy a computer, and will find that it comes with Windows 7 whether they wanted that or not. But if the numbers are large, my feeling towards them will not be one of awe, because I don't wish for the kind of success that consists of gaining power over lots of people. For the GNU system, the question is rather how many people we can liberate.

My message for anyone that uses Windows or MacOS is to notice that using them means that Microsoft or Apple controls your computing. They decide what you can do, and what you can't do. So escape! Join us in the Free World! We have worked 25 years to build it, for freedom's sake. Now all you have to do is choose freedom.