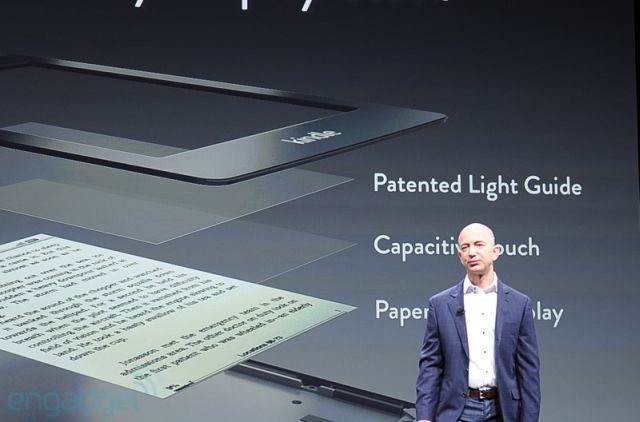 Amazon has now confirmed that it will offer new models of its best selling Kindle electronic reading hardware at its press conference today in Santa Monica.

Engadget reports that the biggest news was for the Kindle Paperwhite, which is the first Kindle eReader with a front-lit screen, something that Barnes and Noble launched earlier this year with their Nook Simple Touch with GlowLight. The battery power of the new Kindle Paperwhite is supposed to last for about eight weeks. It also has a touch screen display.

The Kindle Paperwhite will be sold in two versions; a WiFi-only device for $119 and a WiFi/3G version for $179. It will go on sale on October 1st.

Amazon also announced that it will cut the price of its basic non-front lit Kindle eReader to just $69. Pre-orders are being taken now and it will start shipping on September 14th.

Amazon also talked about its electronic book publishing service, noting the success that many authors have had in selling their eBooks via Amazon. The company also announced Amazon Serials, which lets authors who want to offer serialized books a way for people to purchase all of the parts for one price.