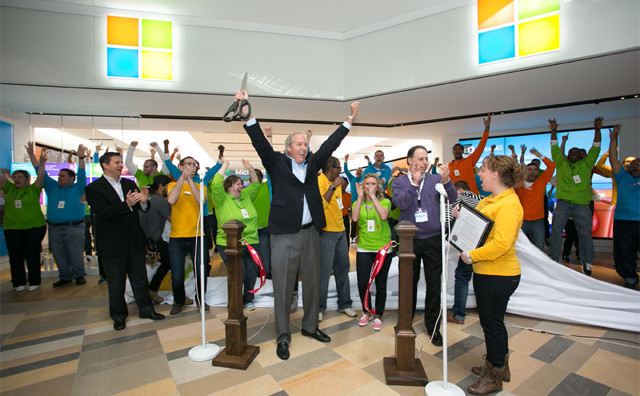 Microsoft has opened several of its full-service and specialty stores in the past year.

Jacksonville, Fla., may receive a Microsoft Store soon, if some plans it's filed with the city are approved.

According to a report by the Financial News & Daily Record, a Jacksonville-based business journal, Microsoft filed plans for a 4,975-square-foot store with the city of Jacksonville. The article notes the Microsoft Store, if constructed, will be located within proximity of an Apple Store, as is the case with many of the company's stores. No lease has been signed yet, the Record reports, though city officials said discussions are ongoing.

The store, which is planned to be located in the St. Johns Town Center, will mark Microsoft's 66th full or specialty retail store. In terms of Florida locations, Microsoft currently has a full store located in Orlando as well as specialty stores in Aventura, Miami and Tampa; a full store in Miami is expected to open next month.

Microsoft has been rapidly increasing its amount of full stores in the past year. The company opened a new full-service store earlier this month in Salt Lake City and opened five specialty stores this month. In addition to the aforementioned Miami store, full-service stores are soon to arrive in Natick, Mass.; Troy, Mich.; and St. Louis., Mo.