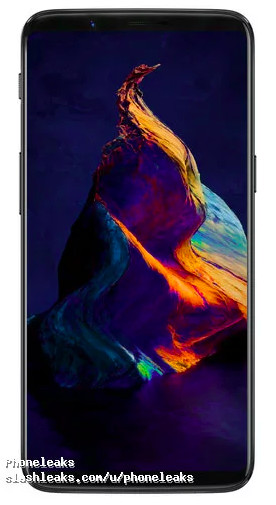 Earlier in the week, we reported on an image that surfaced online and showed off a very sleek device with a near bezel-less display. According to the source, this was the new upcoming and unannounced OnePlus 5T. Now, another render has surfaced, showing off the handset in a new color.

As we can see from the image, the phone looks very similar to the Samsung Galaxy S8. Currently, there is very little known about the device, but the display could come in at 6-inches with an 18:9 format, and a resolution of 2160 x 1080. While there could be an improvement in specifications from its predecessor, the OnePlus 5 was already quite a beast, rocking a Qualcomm Snapdragon 835 processor and with minimum 6GB RAM, even offering an option to upgrade to 8GB RAM.

Hopefully, thisupcoming iteration will fix the display issue that was found on the OnePlus 5, while also correcting some of the criticisms that were hurled at the company and its flagship. There has been no news as to when this handset will be announced or how much it will set you back.