If you thought that Microsoft had revealed everything about the Xbox One game console during E3 in June, you were wrong. At the company's panel for the upcoming console at the San Diego Comic-Con on Saturday, Microsoft reps revealed quite a few features for the Xbox One that had not been made public before now. 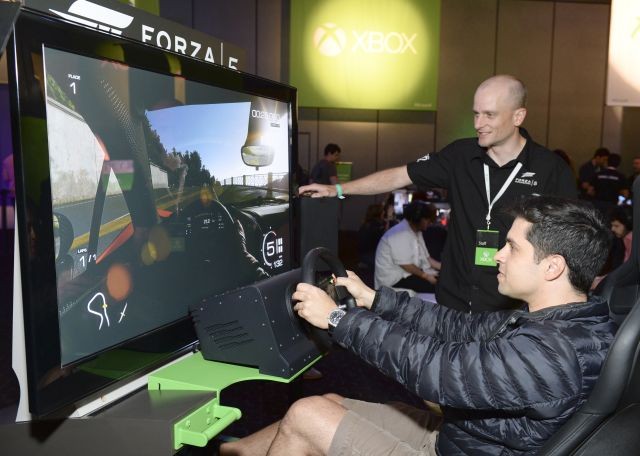 As reported by IGN, one of the coolest new features is the ability for any Xbox One game to include a way to put in a real player's face onto an in-game character model, thanks to the new abilities of the included Kinect sensor. It can even track a player's BMI so that the character model in the game looks something like the body of the real player. The Kinect sensor can also track the player's facial expressions and have them appear on the in-game model, which could add something new to multiplayer matches.

So far, there's no word on which Xbox One games will have this facial and body mapping feature, but Microsoft said it's available for any game developer that wants to put it in their projects.

Another new feature revealed at the Comic-Con panel on Saturday concerns game video recording and uploading. When you play any game on the Xbox One, it automatically starts recording the last five minutes to the hard drive. When you say, "Xbox record", the console will then save the last 30 seconds of the game you are playing. That 30 second video clip can then be uploaded and promoted on a variety of social networks without having to leave the game to go to the Xbox dashboard.

Naturally, the panel attendees at Comic-Con wanted to know the specific launch date for the Xbox One. While Microsoft has already said that it will be out sometime in November, the panel indicated that a final launch date will be revealed sometime later this summer.