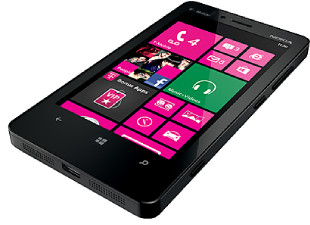 One of the greatest frustrations of having a smartphone tends to surface a year or two into ownership, when manufacturers and carriers alike begin to resist calls to continue updating devices with new operating system versions and firmware. Users may reasonably expect their handsets to receive updates for a couple of years after purchase, but OEMs and network operators frequently disagree.

One such carrier is T-Mobile US, which has apparently ended its update support for its exclusive Windows Phone 8 handset, the Nokia Lumia 810. The 810 was announced in October 2012, and went on sale solely through T-Mobile shortly afterwards. Just six months later, in April 2013, the handset was removed from sale, leaving the entry-level Lumia 521 and higher-end Lumia 925 as the only Windows Phones in the carrier’s range.

As WMPowerUser spotted, on Nokia’s software update pages, the Lumia Black update – which includes Windows Phone 8 Update 3, along with Nokia’s own firmware and software enhancements – is listed as “not available” for the Lumia 810 on T-Mobile. This status appears to indicate that the Black update is not even in the works for this handset, as other statuses reveal the gradual progress being made in preparing the update for other devices.

There is further evidence too. In a post on Reddit, one handset owner shared an email that had apparently been sent by T-Mobile support. In it, the company said that it “will not be providing updates for the Lumia 810”, adding this is “a normal part of the handset life-cycle, and in this case, it’s unavoidable.”

That would appear to suggest that not only will the 810 not get the Black update, but it will also not receive the Windows Phone 8.1 update that is due out later this year. Microsoft has previously stated that all Windows Phone 8 handsets will be eligible for the update, but its distribution to devices still relies on approval from carriers and manufacturers.

Given that the Lumia 810 is just sixteen months old – and that those who bought it long after its launch will still be holding on to handsets as young as ten months – you would be forgiven for being surprised by T-Mobile’s decision to end its mainstream support so soon. But this isn’t the first time T-Mobile has done something like this – last year, the carrier refused to update its Lumia 710 to Windows Phone 7.8.