Nokia may have put all of its eggs in the Windows Phone basket when it comes to developing its smartphone handset strategy, but our Finnish friends aren’t withholding all of their love from other mobile platforms. The company has confirmed that some of its software will soon be developed for iOS, Android, and potentially other mobile platforms.

Speaking with the Boston Business Journal, Nokia’s head of Social and Location-Based Applications, Başak Özer, stated that the company’s ‘Pulse’ app – which is currently available in beta form for Symbian/Belle, Windows Phone and Nokia’s N9 MeeGo device – will be made available for other mobile operating systems, although she did not offer a timeframe for this. 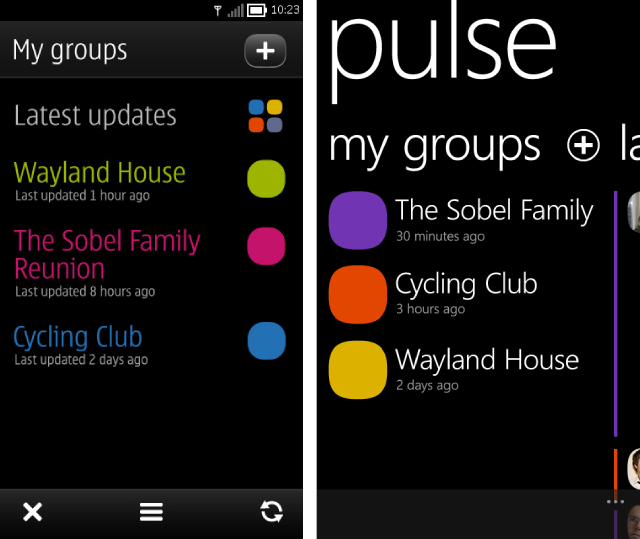 Nokia Pulse is a social app that integrates messaging, photos, maps, geo-tagging and notifications, and complements existing services such as Facebook and Twitter, sending automated status updates to small circles of friends, based on your activity and location. Özer acknowledged that platform exclusivity for its software would be futile: “These are social applications. To be social, you have to be on every platform”.

This isn’t the full extent of Nokia’s social plans though. According to Özer, Nokia is developing a new suite of software products “the sum of which is more than its parts”, and which will “attempt to woo users to create a profile on a new social network”. For now, Nokia isn’t sharing anything more about its intentions, but we'll assume that they've done their homework in assessing user enthusiasm for yet another social network.