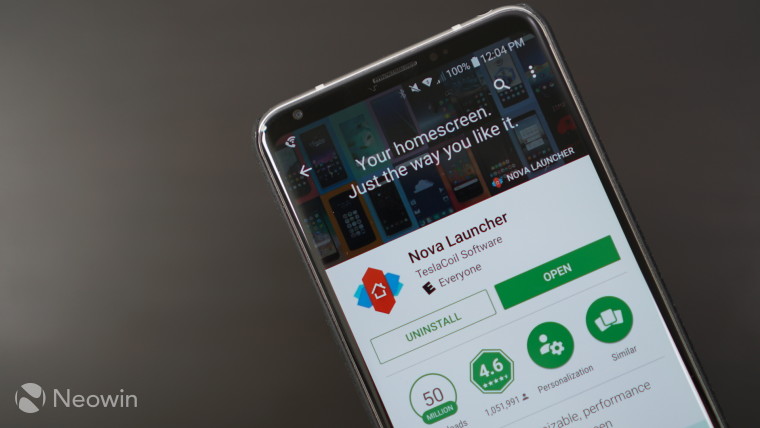 Nova Launcher is arguably one of the most popular launchers for Android, and boasts over 50 million installs. The software also has an active beta program that anyone can join, which offers new features before they land in the stable release channel. While version 6.0 only received a stable release a week ago, after more than half a year of testing, the developers of Nova Launcher are already testing version 6.1 with new features.

The Google Discover page, which requires the Nova Google Companion APK and is accessed by swiping right on the homescreen, has gained a Dark mode with the update. To enable the new Dark mode, open Nova’s Settings, tap on ‘Integrations,’ then on ‘Google Discover’ and lastly ‘Theme.’ The setting will allow you to set it to follow 'Night mode' or set it permanently to Light or Dark mode.

In addition to that new feature, Numeric Dots were added, which will replace the now discontinued TeslaUnread app that was required in earlier versions of Nova Launcher to display numeric badges over app icons. The app can no longer be downloaded from the Play Store as it relies on SMS and CALL_LOG permissions, which have been disabled by Google.

Nova introduced 'Dynamic badges' with version 6.0, but now provides a numeric badge option too; however, this requires the paid Nova Launcher Prime.

Below is the changelog:

As a reminder, version 6.0 had been in beta since last summer, and only reached the stable release last week on March 1, with the following release notes:

You can grab this update by checking for updates within Nova Launcher beta, or by enrolling in the beta program by following the instructions at this link. If you're uncomfortable with testing beta software, you should probably wait until these updates hit the stable channel.