The wait for Grand Theft Auto V has been almost unbearable, made that much worse by Rockstar’s announcement earlier this year that the game would be delayed by four months. The wait is almost over though; next month, on September 17, the game will finally be made available.

So far, however, it has seemed that the long wait would only be coming to an end for Xbox 360 and PlayStation 3 owners, as all official information has pointed to availability solely on those consoles. There have been murmurings of a version coming to the PC, but Rockstar has so far remained tight-lipped on that prospect. 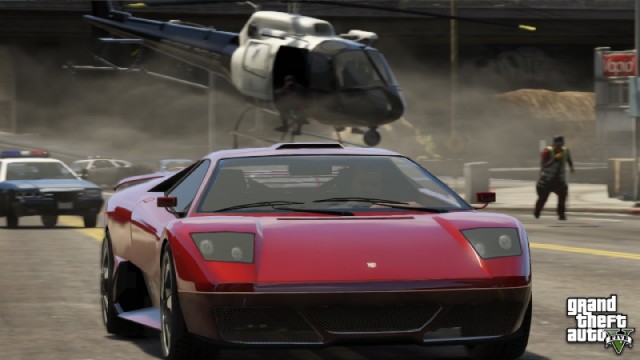 It seems that the cat is out of the bag now though, thanks to NVIDIA’s Chris Evenden, Senior Director of Investor Relations for the company. In an earnings call, transcribed by Seeking Alpha, Evenden was discussing shifts in the PC market, when he said that PC gamers are “preparing their systems for a strong roster of games coming this fall, including blockbuster franchises, such as Call Of Duty: Ghosts, Grand Theft Auto V, and Assassin’s Creed IV”.

As Forbes notes, the mention of GTA V alongside those other two titles is significant; NVIDIA has been collaborating with Ubisoft on optimising Assassin’s Creed IV for PC gaming with its graphic cards, while the company has previously worked closely with Activision on Call Of Duty titles. Including GTA V in the same breath as these franchises could hint at a similar partnership with NVIDIA for the PC port of the game.

A few weeks ago, Rockstar unveiled its first trailer featuring gameplay action, while later this week, it will reveal full details for Grand Theft Auto Online, the multiplayer element of the game.