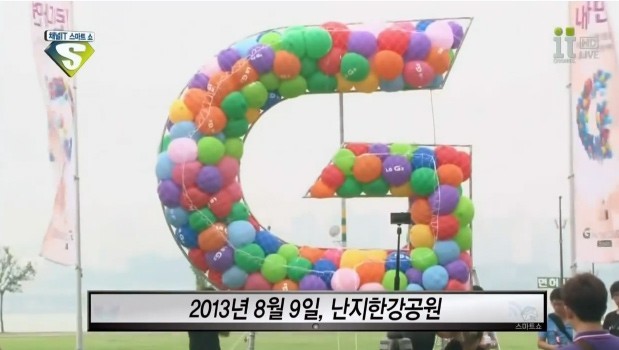 These balloons wreaked havoc as a frenzied mob rushed to claim free phones.

Twenty people were injured at an LG giveaway in Seoul this week when tech-heads scrambled to claim 100 coupons for the company's upcoming G2 phone.

The event, which was designed to promote the G2, soon turned sour when BB guns were reportedly used to claim coupons encased inside balloons. Witnesses said they saw a woman with a large staff, likely used as a balloon popper, during the chaos. A blogger who was present at the scene criticized event organizers for a lack of safety during the event, which was promoted through social media websites such as Facebook and Twitter:

Some were using BB guns to shoot the balloons. As far as I know, there were only some 20 security guards. LG should have placed more security personnel as the event was already promoted via social networks such as Facebook, Twitter and leading local portals. Some of the injured were hospitalized.

The botched event has prompted the company to cancel other outdoor events, citing safety concerns. “We canceled events offering free G2 smartphones that had been scheduled in major cities nationwide, including Busan, due to safety concerns,” the firm said in a statement. LG also admitted it had difficulty "controlling the crowd" and says it will compensate those who were injured with “proper medical treatment.”

The company hopes the failed event will not slow the momentum of the marketing campaign, as it competes with Apple and Samsung in the competitive smartphone market.