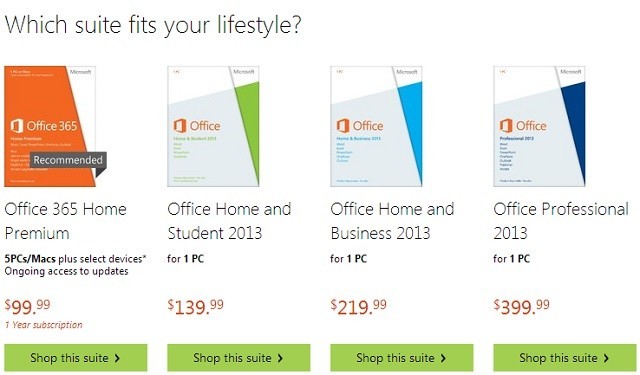 Microsoft has been pushing for consumers to try out Office 365 Home Premium, which lets people install the new Office 2013 suite of software products on up to five PCs for the price of $99.99 a year. But what if you just want one copy of Office 2013 on one PC, and then wanted to move that software to another PC in the future?

If that's the case, then you might not be happy with Microsoft's new End User License Agreement for Office 2013. PCWorld.com has confirmed with Microsoft that the new EULA ties Office 2013 to just one PC and one PC only. That means users cannot uninstall that copy of the software and then install it on a different PC, even if that second PC is owned by the same person who owns the original PC that had the copy of Office 2013.

Microsoft offered a "No comment" when asked if a person who installed a copy of Office 2013 could reinstall it on another PC if the original computer was lost, destroyed or stolen. Asked how they planned to enforce such rules, Microsoft stated simply, "Software piracy is a substantial global issue, and we implement a number of protocols to prevent unlawful software distribution.”

It seems clear that the changes to the EULA in Office 2013 are a move by Microsoft to get users to sign up for the Office 365 program. On the one hand, Office 365 helps people who have more than one PC in the house. On the other hand, if a person owns just one PC, it would be cheaper to just buy the stand alone Office 2013 product.