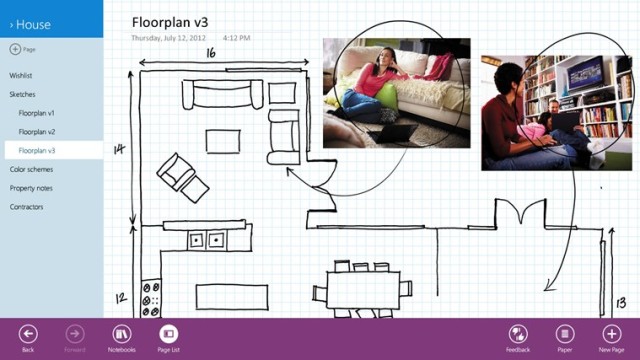 In April, Microsoft launched a major new version of the OneNote app for Windows 8 that added an number of new features such as finger drawing support and new pen options. Now yet another new update for the app has been released, adding two small but interesting new features.

The other new feature is for folks who want the on-screen keyboard designed for Windows 8 touchscreens to go away so that they can see the entire OneNote app on screen to read. Microsoft says, "Just tap into any empty space and the keyboard will go away." If you want to bring the on-screen keyboard back to continue making notes, you simply tap on any empty space on the screen to do so.

The launch of the new OneNote app for Windows 8 follows the recent release of a major app revamp for the iOS and Android ports, with a number of new features added for both versions.