Christophe Francois, Vice President Mobile Multimedia at Orange took to the stage at this years Le Web 2009 to announce the Orange App Shop.

Initially the service will be available in the UK and France but will roll out to Spain, Poland, Romania, Switzerland, Slovakia, Belgium, Austria, Moldova and Portugal next year. The Orange App Shop will offer 5,000 applications, games, ringtones and wallpapers for multiple devices. The App Shop is designed to be multi platform and multi device. Orange plan to bake a home-screen icon into Orange smartphone and feature phone devices to provide access to the shop.

Francois described the App Shop as "providing local services" for local regions. The service will be distributed to 1 million phones wirelessly by the end of December and will come preloaded on devices such as the Nokia 6700 and Sony Ericsson W995. According to The Telegraph, Orange plans to expand the service to Samsung, LG, HTC, Motorola and BlackBerrys devices soon.

The following handsets will automatically receive the update: 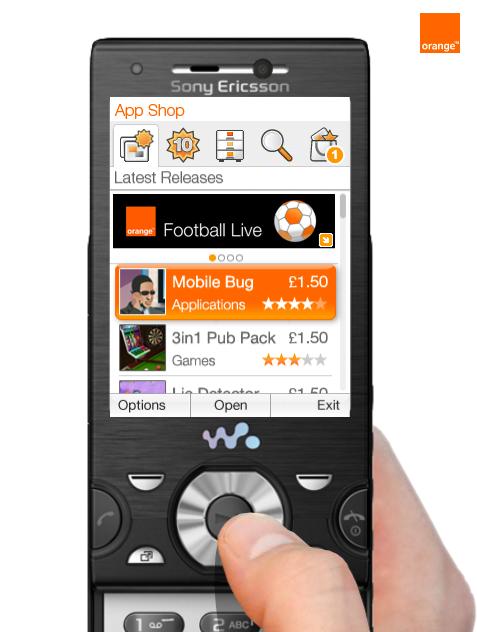