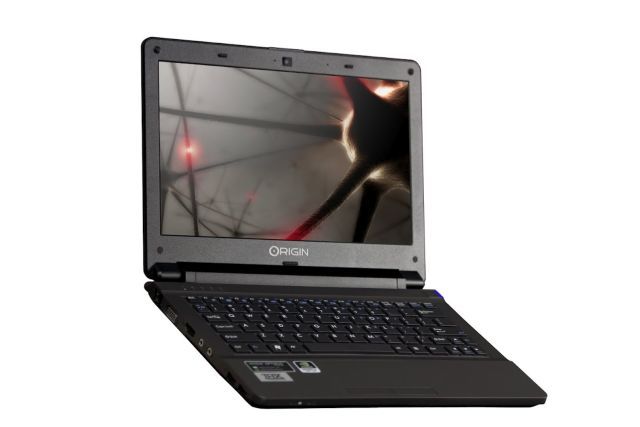 As we reported earlier in April, Dell's Alienware division has chosen to abandon its M11x gaming notebook PC, with the claim that its customers wanted full sized keyboards and optical drives in their laptops. Now, other PC makers are jumping in to fill the gap for a small but powerful gaming notebook PC.

A few days ago, Maingear revealed its plans for the Pulse, an 11.6 inch notebook. However, that product won't be launched until June 3rd. If you want to order a gaming-themed small notebook PC right now, Origin PC has come to the rescue with the announcement of the EON11-S. The 11.6 inch notebook weighs 3.9 pounds, several ounces below the Alienware M11x.

The EON11-S comes with an NVIDIA GeForce GT 650M graphics card with 2 GB of memory, support for the newly launched "Ivy Bridge" third generation Intel Core mobile processors, up to 16 GB of RAM, up to 1 TB of regular hard drive storage or up to 512 GB of solid state drive space. It also comes with Origin PC's lifetime customer support.

Origin PC claims the notebook has a respectable battery life of 6.5 hours. The starting price for the EON11-S is $999.