With online streaming videos services like Netflix, Hulu and Amazon launching more original and exclusive content, it seems that Microsoft wants to get in on the action as well. Microsoft has already announced plans to launch a Halo TV series via Xbox One and there are rumors that the company is also developing revivals of the super hero series Heroes and the classic BBC 1970s space series Blake's 7.

All of these plans and rumors have been popping up nearly one year after Microsoft announced that it had hired the former president of CBS Television Studios, Nancy Tellem, to be its new Entertainment & Digital Media president. Microsoft also said she would have her base of operations in Los Angeles, the heart of TV production. With that in mind, and also considering that the Xbox Live audience is likely full of hardcore sci-fi TV fans, we present some humble suggestions to Tellem for some other series she should consider reviving for the service, along with our predictions about whether or not they will actually come about. 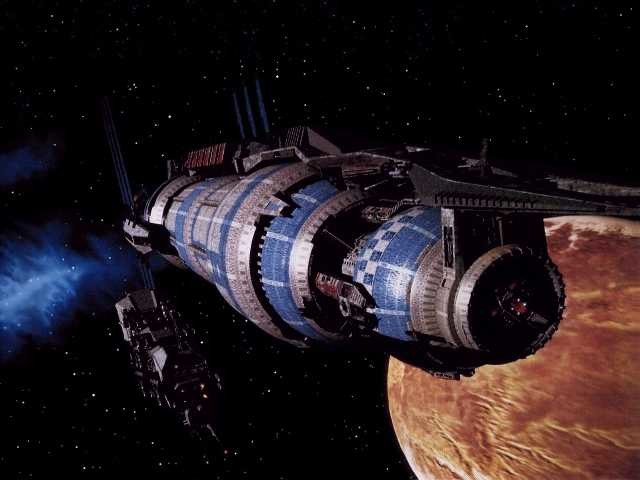 J. Michael Straczynski's syndicated sci-fi epic that centered around the Babylon 5 space station was one of the first TV shows that used CGI for its visual effects. It also was a show that had one continuous story throughout its five seasons and led the way for more shows to offer longer storylines. It still has a loyal fan base over 20 years later.

Could Microsoft revive it? Straczynski (or JMS as his fans usually label him) is extremely busy at the moment writing multiple comic books, movies and even an upcoming Netflix TV show, Sens8. While Babylon 5's owners at Warner Bros could in theory work with Microsoft to launch a new series without the involvement of JMS, it's likely that hardcore fans of the original series won't turn out for it. However, we think that if Microsoft put up enough money, and gave full creative control to JMS, we think a Babylon 5 series on Xbox Live is very possible. 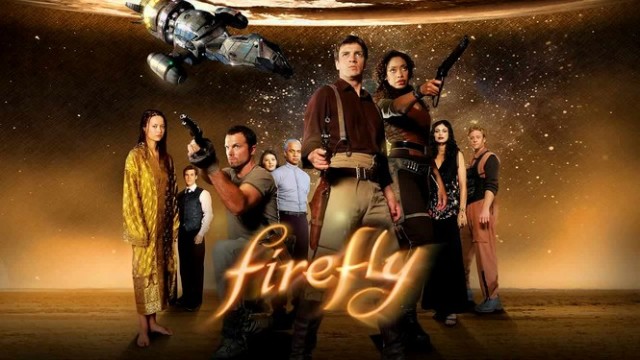 Joss Whedon's series of a rag tag group of people traveling in a obsolete space ship, usually just to earn enough money to have food to eat, has perhaps one of the most loyal and faithful fan bases of any sci-fi series. The original series on Fox lasted less than a season in 2002 and an theatrical movie revival, Serenity, was not successful at the box office in 2004, despite solid reviews.

Could Microsoft revive it? Unfortunately, it doesn't look like this will happen for a long time, mainly because Whedon is under contract to Disney for the next few years as he works on this fall's Marvel's Agents of S.H.I.E.L.D. series for ABC. and the movie The Avengers II in 2015. There's also the fact that a number of Firefly's cast are employed on their own series at the moment, (Nathan Fillion has Castle, Morena Baccarin has Homeland, and Gina Torres appears on Suits). Sorry, Browncoats ... a full Firefly TV revival via Xbox Live is not in the cards. 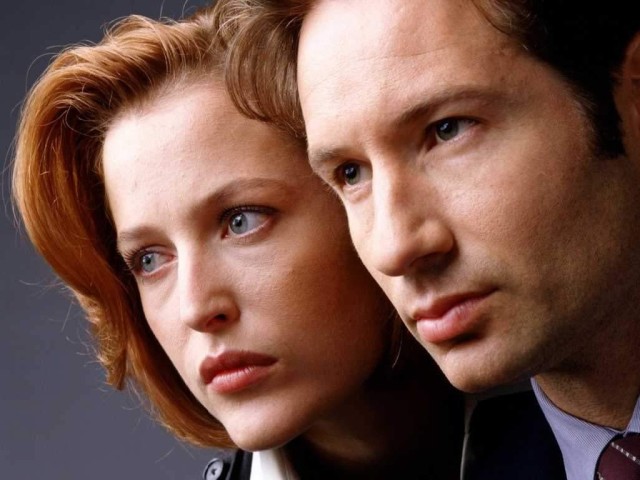 Chris Carter's series of aliens, monsters and government conspiracies ran on Fox for nine seasons in the 1990s and 2000s and inspired two feature films, including one that was made during the series's original run. A new series with Carter's involvement would be quite welcome with its many fans.

Could Microsoft revive it? It doesn't look good. At an X-Files 20th anniversary panel during Comic-Con in July, Gillian Anderson, who played FBI Agent Dana Scully, flat out said "No", when asked if she would appear in a limited series TV run on X-Files. Carter is also reportedly developing a new series for Amazon's streaming service. We suspect it would take a truckload of money to get all of the parties involved interested in an X-Files revival on Xbox Live. 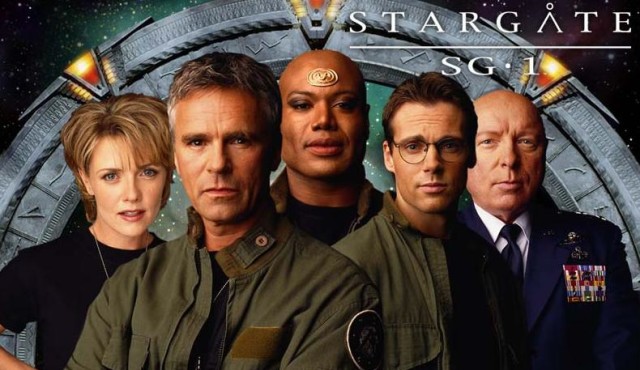 While MGM's sci-fi franchise began with a movie, it was the TV show spin-off, Stargate SG-1, that really took off, thanks to a healthy dose of action and humor as the Air Force team traveled to other worlds via the Stargate network of wormholes. The show ran for 10 years in the late 1990s and 2000s (five on Showtime and five on Syfy) and spawned two spin off series on its own, Stargate Atlantis and Stargate Universe.

Could Microsoft revive it? The original Stargate SG-1 series still has a huge fan following. We suspect that a new series with the same premise but with a new cast of main characters could also be highly popular, especially if some of the original cast members made a few guest spots along the way. We think that a new Stargate SG-1 series would be a prime candidate for Microsoft's Xbox Live service.

A guy and two robots make fun of B-movies. If you have never heard of Mystery Science Theater 3000 (or, as its fans call it, MST3K), you wouldn't think that would be the basis for a long running, and Peabody award winning, TV show. Yet that's exactly what happened as a group of Minnesota writers and performers created one of the funniest TV shows ever in the 1990s and 2000s (first on Comedy Central, and later on Sci-fi). It also spawned a feature film that, sadly, only received a limited theatrical release.

Could Microsoft revive it? The rights to MST3K belong to the show's producer Jim Mallon and, according to MST3KInfo.com, the show's creator Joel Hodgson actually tried to get Mallon to restart the series a few years ago but, for unknown reasons, Mallon didn't go for it. While a revival of MST3K itself is unlikely, it's possible that Microsoft could be interested in showing similar content from RiffTrax and Cinematic Titanic, both of which feature cast members and writers from MST3K. 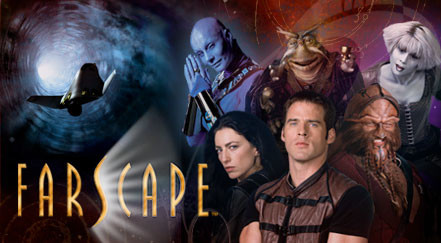 The tale of a US astronaut who gets himself and his ship transported to the other side of the galaxy, and meets up with a group of fugitives on board a massive living ship, was a huge hit for the Sci-fi channel in the early 2000s. The series, which had some of the most impressive visual effects and creatures ever seen on TV, ran for four years, followed by a four hour mini-series to wrap up the main storyline

Could Microsoft revive it? There was a plan to release new mini-episodes of Farcape on the web a few years ago, but apparently Jim Henson Productions were unable to get the funding. We think Microsoft might have a few dollars lying around to make this happen. Our only concern is that the premise of Farscape might be too similar to that of Blake's 7 and that Microsoft would likely choose one over the other.

Yes, there have already been five TV series, not to mention 12 feature films, that have been based on Gene Roddenberry's vision of a future where warp drive is possible, humans try to get along with everyone and where exploration is preferred to space battles. Yet it's been over eight years since the last series in the franchise, Star Trek Enterprise, has been on the air, and while the recent two "reboot" feature films have been successful at the box office, we think Star Trek works best as an episodic TV show.

Could Microsoft revive it? Believe it or not, we think a new Star Trek series as an Xbox Live exclusive is the most likely choice among the ones we have presented. CBS currently owns the rights to the TV shows (sister company Paramount has the rights to the movies) and, lo and behold, current Xbox Entertainment and Digital Media president Nancy Tellem was once the President of CBS Television Studios. It's likely she is still friends with current CBS head Les Mooves and if you add all of that up, we postulate that Tellem and Mooves could work together to bring Star Trek back via Xbox Live.

The big question? Should the next Star Trek TV series be a reboot of the original show, a new show but which takes place sometime during one of the five TV series, or an all new concept that's set sometime in the future of the Trek universe?