New photos have emerged that appear to show the smartwatch developed by Nokia under the codename 'Moonraker', following on from renders of the device that made an appearance last summer. Development of the watch began before Microsoft completed its acquisition of Nokia's devices and services business in early 2014, but it was Microsoft that ultimately killed the wearable device before it even went on sale. 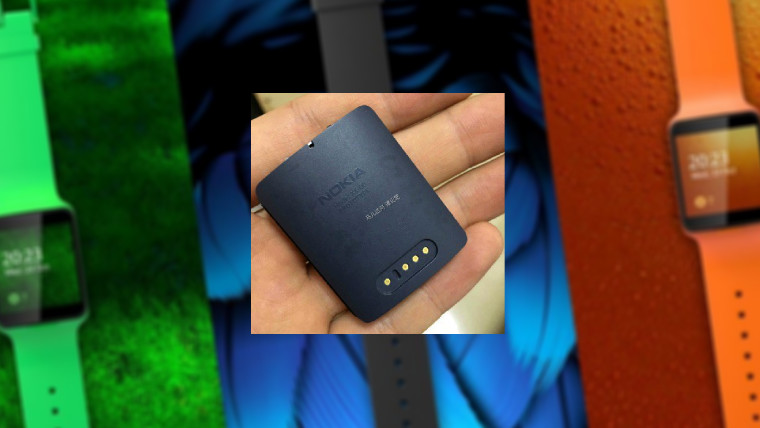 It seems that Moonraker came remarkably close to launching - aside from the marketing renders that leaked last summer, it was shown off behind closed doors to a few industry insiders at Mobile World Congress 2014. But while it never made it to retail stores, new photos have now popped up that appear to show a prototype of the device in the flesh.

The photos - first spotted on Weibo by @onleaks, and later published by WMPU - certainly seem to line up with the earlier renders, showing a fairly simple-looking device with a square display, which would have slotted into a colorful strap to be worn on the wrist.

Moonraker - which would have had a different name if it had actually gone on sale - was also said to include some thoughtful features, including the ability to enable or disable the display by lifting your arm up to look at the watch, and then lowering it again.

Ultimately, Microsoft decided to go in a different direction with its wearable devices, ditching the more conventional smartwatch approach of Moonraker, in favor of its line of health- and fitness-focused Band devices.

You can see the Moonraker photos in the gallery below.