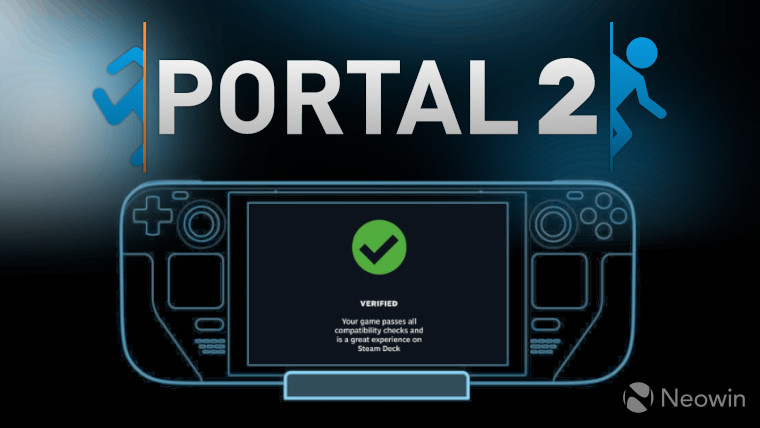 We are mere weeks away from the launch of Steam Deck, the portable device from Valve that promises to let you play your PC games anywhere. Back in October, Valve introduced the Steam Deck Verified program, which aims to present useful glyphs on their store and in your library that indicate how well a game will run on Steam OS 3.0. Finally, the verification process is going gold, and Portal 2 is the first game to receive the 'verified' designation.

The first Steam game to have its evaluation for Steam Deck compatibility published is Portal 2, which passes with flying colors. Results aren't yet visible on the Steam store, but they can be viewed under the "steam_deck_compatibility" app info field. https://t.co/Au8WodvUuU

This is a smart, but interesting choice for Valve on a number of fronts. First, it highlights one of the issues with Steam Controller. When it launched in 2015, Valve did not bake support into any of its titles like Half-Life 2, Portal or Left for Dead, so seeing support here is a win. Secondly, the Portal 2 Linux is still maintained, but the Steam Deck verified version of the game is the Windows version using DXVK and Proton. Some users on ProtonDB report better performance using the Windows version of the game.

Is Valve trying to prove that Windows games run better through proton than by way of a native port? I guess it doesn’t matter. In an interview with Boiling Steam, and anonymous developer stated that “once you’re playing a game, everything else melts away”. Therefore, it doesn’t matter if you’re playing a Windows or a Linux game. If Valve can get to a point where there isn’t even a discussion about Linux vs. Windows, they’ve won. We will no longer be talking about Windows vs. Linux ports. We’ll be talking about Steam ports. 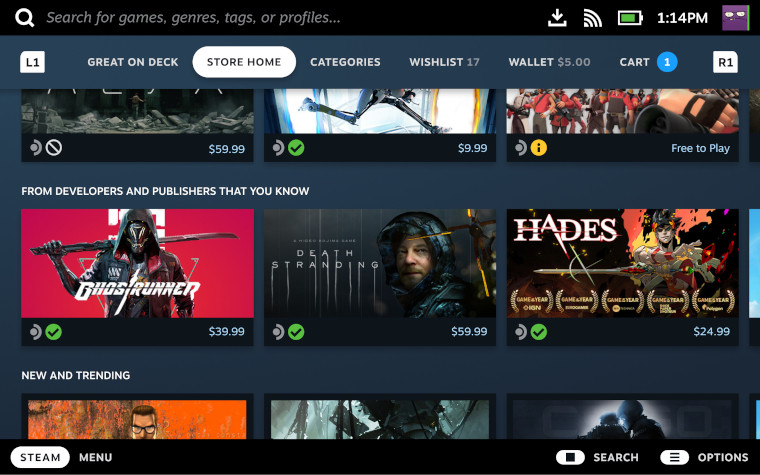 Valve also offer a compatibility review service for developers, where they will evaluate your title and provide guidance for getting the game into a Steam Deck Verified state. Portal 2 is only the first, and with a launch less than a month away, expect lots more Steam Deck Verified news as AAA and indie titles pass what hurdles remain.