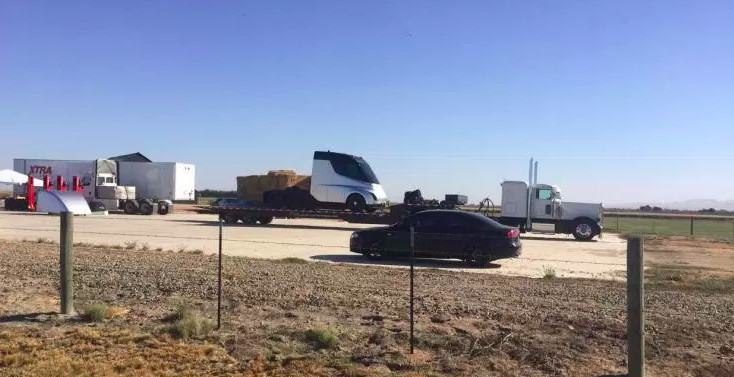 Over the past few years, Tesla has advanced the electric vehicle platform quite a bit with its Model S and Model X. While these options have been quite popular, they weren't exactly affordable, starting at around $70,000. It wasn't until March of 2016 that the firm announced its more affordable Model 3 and as the vehicles slowly make their way in very limited numbers to customers, the firm is also gearing up for the announcement of its next electric vehicle, the Tesla Semi.

Tesla's semi truck has been teased for quite some time but while we still have a few weeks to go before its official reveal. It appears a lucky bystander might have captured the truck while it was being transported in broad daylight. While it cannot be confirmed, the truck in the picture does bear a resemblance to the teaser image that was shown off in April at a TED Talks conference in Vancouver.

While not much is known about the Tesla Semi, we luckily won't have to wait long at all for it to be revealed. Tesla has a date set for October 26 where it will hold a press event at its Hawthorne, California headquarters.