We recently reported on how several gamers on Xbox spotted the cover art of the upcoming Definitive Edition of ReCore showing up in their Achievement lists. These disappeared shortly after being discovered by fans; however, a recent leak from Saurabh Charde could shed some more light on the rumored release.

In a recent report by the website called Indian Noob, it was noted that according to information gathered from inside sources, the Definitive Edition could launch on August 29. It is also rumored to feature several upgrades including support for 4K and HDR; beyond that, the game could finally receive the long awaited Tank Bot - called T8NK - DLC which was missing from the main release. The leaker also revealed several screenshots of the said robotic companion which can be seen in the gallery below. 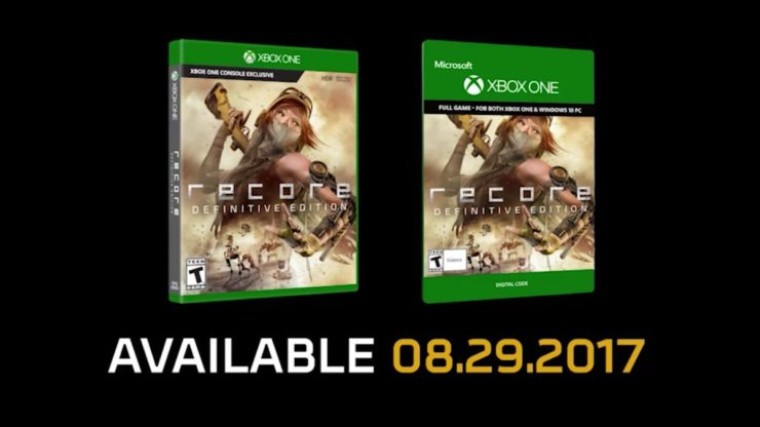 Besides the mentioned improvements, it is also rumored to receive an additional story mission which will be called 'Eye of Obsidian', which is supposedly the mission where you discover the aforementioned Tank Bot. This alleged update will be revealed at this year's gamescom according to the leaker. The event is scheduled to start on August 23 in Cologne.

The ReCore twitter account recently replied to a tweet from a fan with an encouraging message relating to some unannounced news that is 'coming soon', which could add credence to these rumors. However, until gamescom comes along, it is recommended to take this piece of news with a pinch of salt.