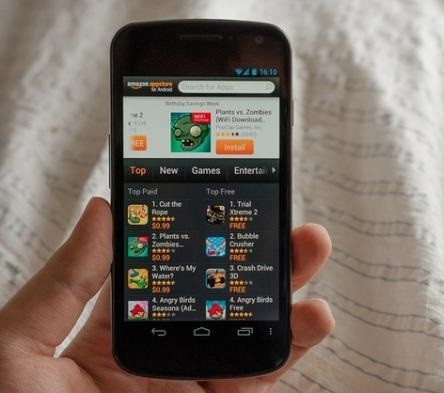 Amazon is reportedly working on launching its own series of smartphones with HTC in order to compete with the likes of Apple, Google and Microsoft by 2014.

Last year it was reported that Amazon is looking to enter the smartphone market after a successful entry in the tablet market. Now, Financial Times is reporting that one of three planned devices in collaboration with HTC has already reached advanced stage of development and could be launched as early as 2014 but, Amazon has altered the launch timeline in the past and can decide in a similar fashion yet again. Rumors of a Kindle phone have been making the rounds for more than two years and it is more than likely that Amazon will try to disrupt the current smartphone market as it did with its Kindle Fire series of tablets.

HTC has been having a poor financial run for the past two years and partnerships such as the one with Facebook to launch HTC First, didn't help them to get mindshare, but an exclusive deal with Amazon can help boost its revenues with right decisions. Google has been making Nexus devices with partners ASUS, LG and Samsung with success which can be what HTC and Amazon could try to emulate.

Neither HTC nor Amazon have commented on the speculation but we can expect more about this in the near future.