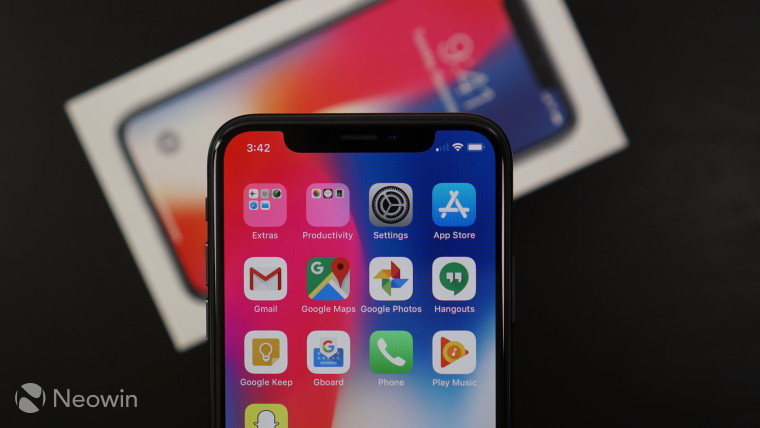 The projections for the iPhone X have not been good in recent months. Price cuts have been rumored, and a few analysts have cut sales estimates, with at least one boldly predicted the demise of the device before the end of 2018 in favor of a Plus model. Now, it appears Apple could be cutting its Q1 production of the iPhone X in half.

Apple has apparently told its suppliers that it will be dropping production from 40 million units to 20 million, according to a report from Nikkei Asia. Citing no sources, the report claims the production cut is because of lackluster sales globally.

Nikkei reports that the iPhone X component manufacturers will see a cumulative bottom line hit possibly in the billions of dollars, adding that some display manufacturers could become more leery of shifting to OLED production going forward.

The base iPhone X sells for $999, a rather high price that is deemed necessary because of the cost of the OLED display manufactured by Samsung. While an iPhone X Plus has been rumored, speculation has also been that Apple could offer an LCD version - even Full Active LCD - as well to bring the price more in line with its iPhone 8 and 8 Plus.

Soon after Nikkei's report, Apple stock dropped as much as 2.5% on the New York Stock Exchange before rebounding slightly. The company is expected to release its FY 2018 and quarterly numbers on February 1, but BTIG analyst Walter Piecyk told US News that he expects Apple's current quarter revenue guidance to be as much as $8 billion lower than estimates.