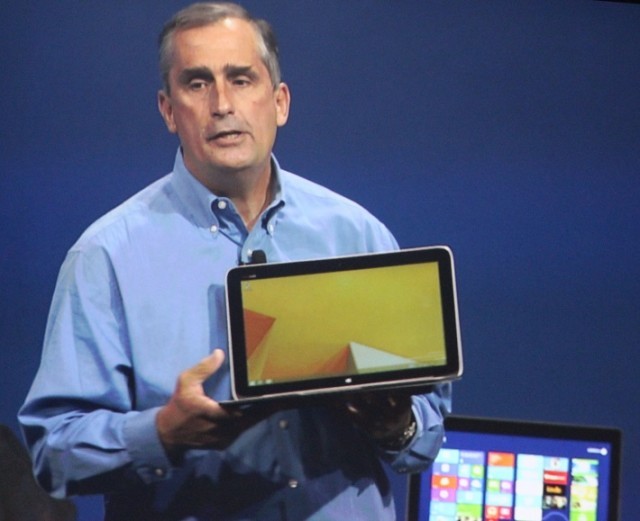 Intel CEO Brian Krzanich shows off a future Windows 8.1 notebook from HP at IDF that used the Broadwell design.

Intel showed off a notebook PC, running on Windows 8.1, that was using the company's Broadwell design at IDF last week. Broadwell uses a 14nm-based process and is expected to go into full production by the end of 2013. However, a new report now claims that Broadwell will be a mobile CPU design only and won't be coming to the desktop market.

The report from Fudzilla, using unnamed sources, says that Intel's new plan is to release an all-new processor design for the desktop market every two years. In 2014, the report claims that Intel will offer a slightly improved and optimized Haswell CPU for desktop PCs. The next major new design won't come until 2015, when Intel plans to launch Skylake, which like Broadwell will use a 14-nm manufacturing process.

This slow down in all new desktop processors from Intel, if true, is not unexpected as the demand for the desktop PC itself in both consumer and business markets has gone down in favor of new notebooks, tablets and convertibles.