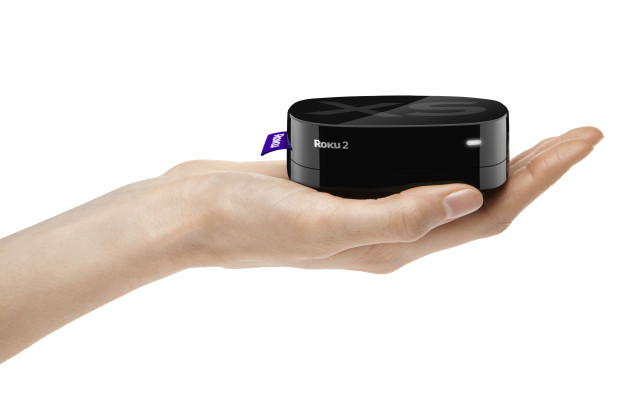 Roku, the Internet-connected set top box, have announced that they have over 5 million users (or "players") who have streamed over 8 billion pieces of video in five years. That means that each Roku user has streamed 1,600 pieces of video content over five years. The original Roku device was launched in 2008 and was called "the Netflix player," as Netflix was one of the first streaming services to realise the potential in Roku. In 2009 Amazon partnered with Roku to introduce their "Video on Demand" service, which has over 140,000 films and TV shows. HBO partnered with Roku in 2011, bringing many popular TV shows, like Game of Thrones, to the Roku. Just this year, Time Warner Cable partnered with Roku to provide over 300 TV channels. Roku now have around 750 channels in total, up from the one they had five years ago.

Spotify, VEVO and Pandora are also available on Roku, and have helped contribute to the gigantic 8 billion streams figure. Roku also supports Angry Birds, which debuted in 2011 with the launch of "casual games" on the platform. By Roku's measurements, over 3 billion pigs have been eliminated on Angry Birds.

A quarter of Roku users stream more than 35 hours of video per week to a TV, an hour above the average amount of time spent watching live TV (34 hours according to Neilsen). According to Anthony Wood, Roku founder and CEO, that makes Roku one of the most "coveted streaming platforms."

Roku have created an infographic to highlight their path over the past five years: