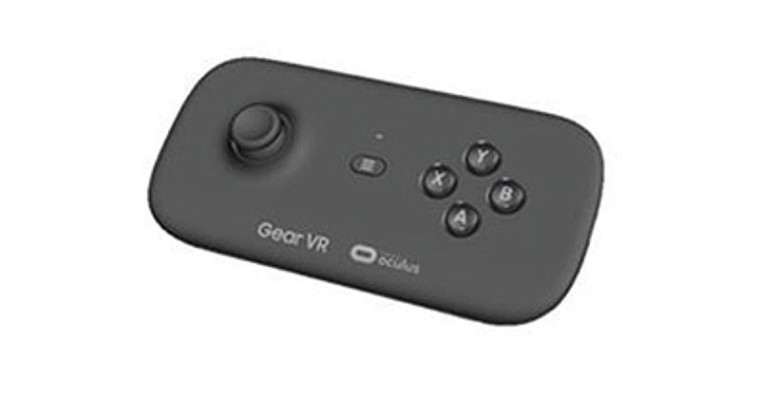 New images have appeared online suggesting that Samsung plans to release a gamepad for its virtual reality headset, the Gear VR. The renderings show the button layout of the controller and name the materials that have been used. One of the images shows the gamepad attached to the headset, which users would be able to do when they are not using the hardware.

The images that have been released showing the gamepad depict an analog stick, four action buttons, and a single menu button on the front of the device. On the back view of the controller, it is possible to see the left and right shoulder buttons - one on either side as well as a Bluetooth Sync button along the top of the controller between the two shoulder buttons.

Some VR headsets such as Oculus Rift and HTC Vive allow you to wave your hands in view of the device to control what happens on the screen, the Samsung Gear VR, however, will only show different views when you move around but doesn't detect your hands and allow you to interact with games that way, instead it utilises buttons on the headset. By introducing a controller, Samsung will be able to make the VR headset a lot better when it comes to playing games.

This is not the first time Samsung has made a controller to improve gaming on one of its devices. In 2013, the firm released a gamepad that looks strikingly similar to a Xbox 360 controller as an accessory for its Galaxy S4 smartphone.