Samsung announced their new universal Wi-Fi touch remote control. Neowin had a hands on look at this new device that complements Samsung's 9000 series of premium LCD televisions. This remote gives you the standard function, plus the ability to stream a video source from the television to the remote. You can check up on your local high-definition television stations while watching a movie, look at photos, and listen to music which is all sent to the remote over a Wi-Fi connection. Infrared is also available on the remote for many other common devices.

The Samsung universal remote control will initially only be available in the box with a 9000 series television and then later available separately to complement the 8000 and 7000 series. The remote uses a rechargeable, removable battery; however they have not announced the estimated battery life yet. Pricing for the 9000 series has not yet been announced but is due in retail stores sometime this year. 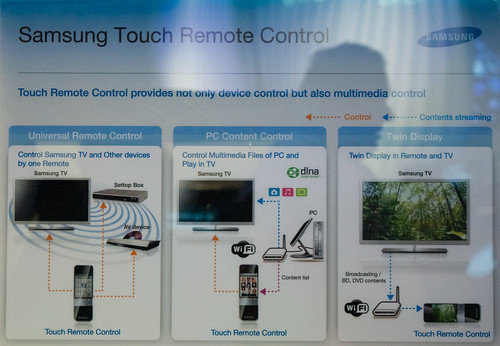 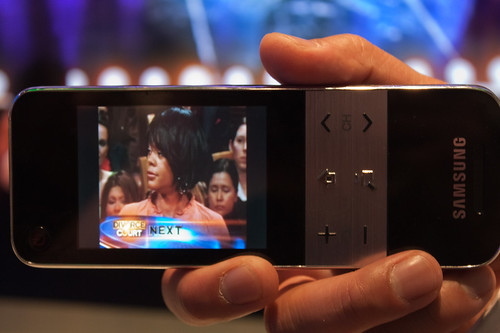 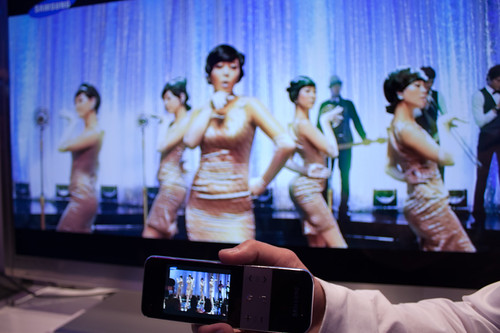