Samsung’s giant ‘phablet’ – that’s phone/tablet, if you don’t speak Geek – may not be to everyone’s tastes, but it’s been a surprising sales hit. Having already amassed over seven million sales worldwide, the Galaxy Note will soon be replaced by a new-generation device, about which little concrete information is known.

What we do know is that the new Note will be revealed later this month. Reuters reports that a Samsung spokesperson has given official confirmation of this, saying that the company plans “to unveil the next Galaxy Note at the Samsung Mobile Unpacked event in Berlin on August 29”. 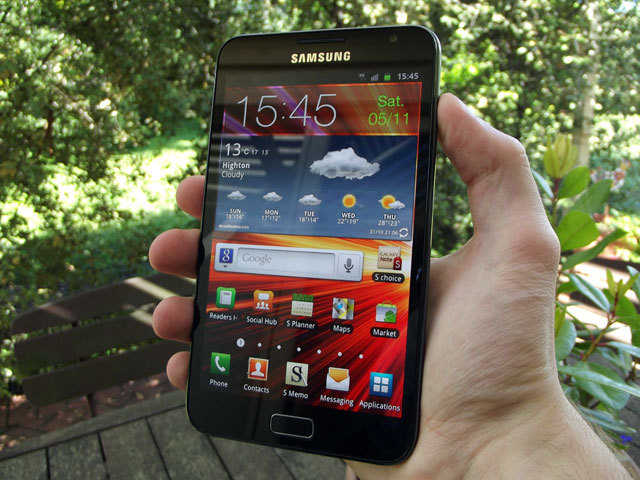 The current Galaxy Note is quite a beast - and it may yet get bigger.

The current Note has an oversized 5.3” HD Super AMOLED display, which earned it the ‘phablet’ moniker, as the device straddles the line between a full-sized slate and a large smartphone that can be held to one’s ear without looking too ridiculous. Even so, it’s widely believed that the next-gen Note will be even bigger than this, growing to 5.5”.

Its signature feature – the ability to annotate directly on screen with a stylus – will live on, while a faster processor and better camera are also expected to feature.


> Want to find out more about the Galaxy Note? Check out our in-depth review

> Is Samsung planning a Windows Phone 8 version of the Galaxy Note?