Nokia has carefully cultivated a reputation for having ‘indestructible’ phones, and that impression was certainly reinforced when a Lumia 520 stopped a bullet fired at an off-duty cop in Brazil. But Nokia handsets aren’t the only ones that can perform that particular trick.

As China’s AppleDaily reports, a minor altercation quickly escalated into something far more serious, after a man dropped his wallet in the street. A second man picked it up, and made a joke about using its contents to get some free beer. The owner of the wallet reacted angrily to this, and pulled out a gun.

The second guy then pulled out a sickle and moved to attack the gunman, who then fired at him. The bullet hit his arm, but kept on going straight towards his chest – which is where the real hero of the story comes in. The Samsung Galaxy Mega 6.3 that he had in his shirt pocket stopped the bullet, and prevented it from entering his chest, where it may well have caused much more serious injuries. 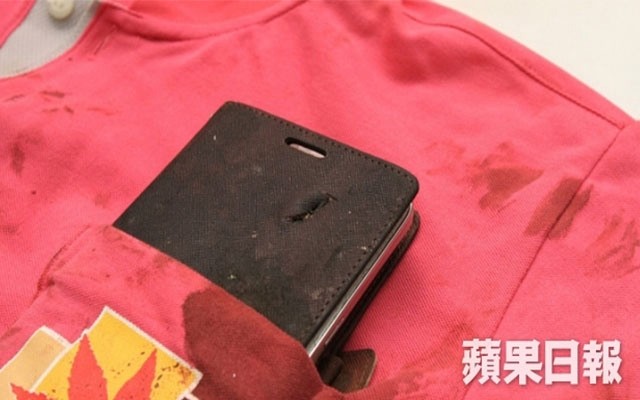 The device was, thankfully, the only fatality of the whole incident. The injured man is expected to make a full recovery.