The first live images of the Samsung Galaxy S20+, from the Korean company's upcoming flagship phone of 2020, have made their way online. 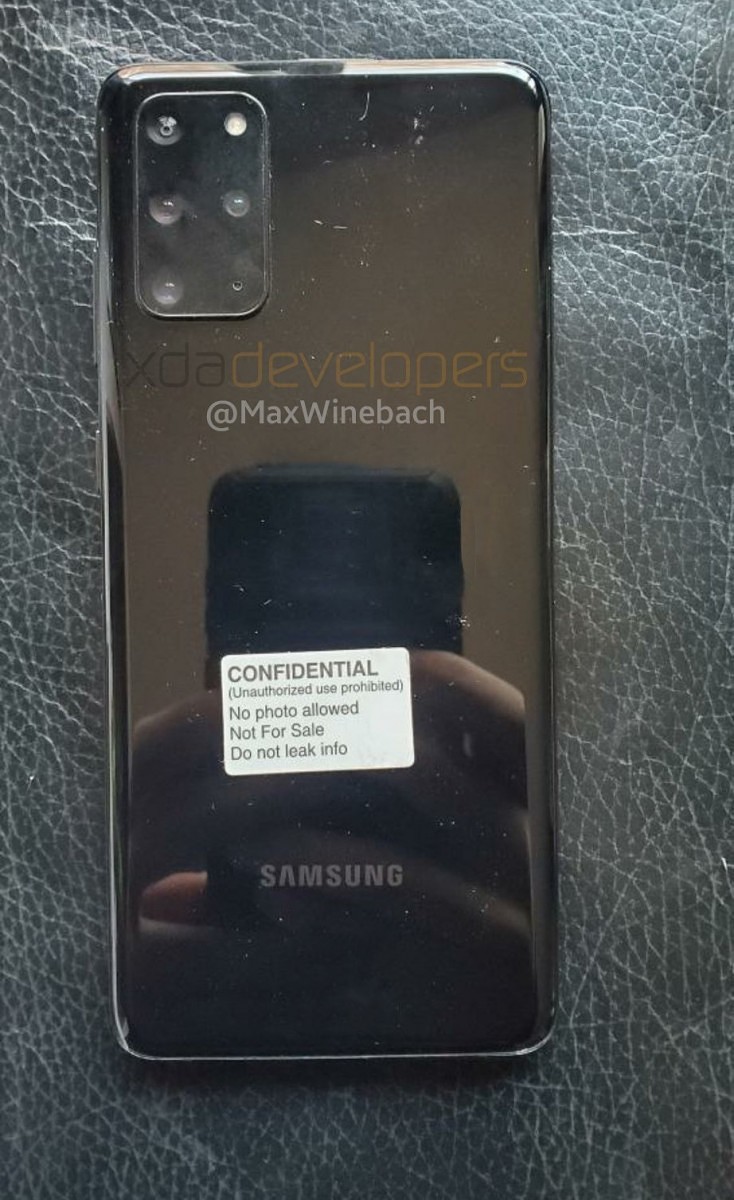 The photo of the front of the Galaxy S20+ shows minimal top and bottom bezels. The size of the punch-hole also seems to be smaller than the Galaxy Note10 series. Interestingly, the curve on the display seems less than the S10 and Note10 series, with the leakster claiming that it is almost flat and Samsung is using a 2.5D curved cover glass. The device will come with a pre-installed screen protector just like the Galaxy S10 and Note10.

Thankfully, Samsung has also gotten rid of the physical Bixby button, with the volume rockers and the power button located on the right edge of the device. 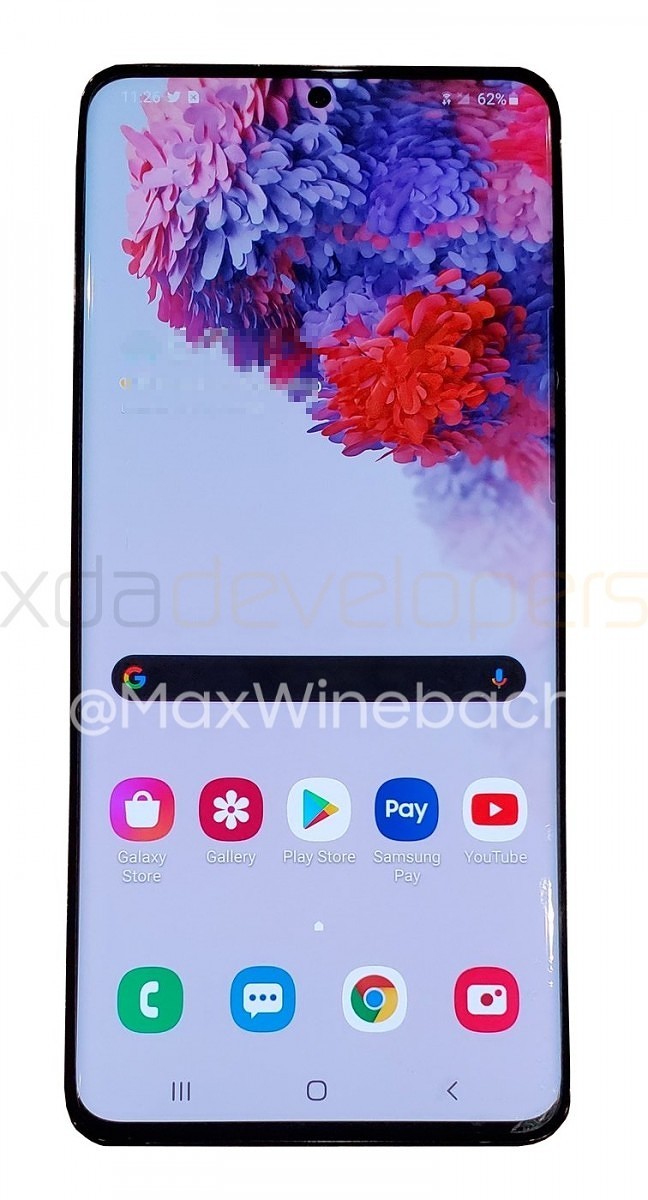 The naming scheme of the Galaxy S20 series and the different variants that Samsung plans to launch has also been confirmed. In total, there will be five models: Galaxy S20, S20 5G, S20+, S20+ 5G, and S20 Ultra 5G.

The S20 Ultra 5G will be the highest-end model this time around featuring a bigger display and battery size. It is also rumored to come with a custom 108MP primary camera sensor that will be capable of recording 8K videos. Samsung will only launch the 5G variant of the Galaxy S20 in markets where 5G has been rolled out or will be rolled out soon. In other markets, the 4G variant of the device will be launched.

Rumors point to the Galaxy S20 series featuring Samsung's in-house Exynos 990 or Qualcomm's Snapdragon 865 chip depending on the market they are sold. The models are expected to come with an in-display fingerprint scanner, 120Hz AMOLED display, 25W/45W fast wired charging, 12GB RAM, up to 512GB UFS 3.0 storage, and more.

Samsung is all set to announce the Galaxy S20 series on February 11 at its Unpacked event.