The Galaxy S7 and S7 edge duo of flagship smartphones had kept the rumour mills busy for more than six months, and now Samsung has finally ended the speculation by announcing the devices at Mobile World Congress 2016 alongside the Gear 360, a 360 degree camera.

Samsung's 7th generation Galaxy S smartphones are finally here and the company used its own VR headsets to give attendees a glimpse of the devices. The company has improved upon the Galaxy S6's design with the latest version. Under the hood these devices are once again very powerful, as you would expect from Samsung's flagships. The hardware specs are as follows:

Samsung has implemented a dual pixel camera on its smartphones, which the company claims takes better pictures than any of its previous smartphones, or the iPhone 6s Plus. The company has also undone a couple of mistakes it did with the Galaxy S6. That means the latest generation of Galaxy S brings back water and dust resistance, and support for MicroSD cards. Removable batteries, however, are not making a comeback.

Some regional variants of the Galaxy S7 and the S7 edge will get the ability to swap out the microSD card for a second SIM card. For game developers, Samsung has introduced support for the Vulkan API, which would allow developers to create high quality games that do not exhaust the phone's battery rapidly.

The company won't be wasting any time in bringing the S7 and the S7 edge to the market as both the devices will be available in stores starting mid-March in key markets globally. Confirming previous rumours, the company will indeed be shipping a free Gear VR headset with pre-orders in the US and Europe. 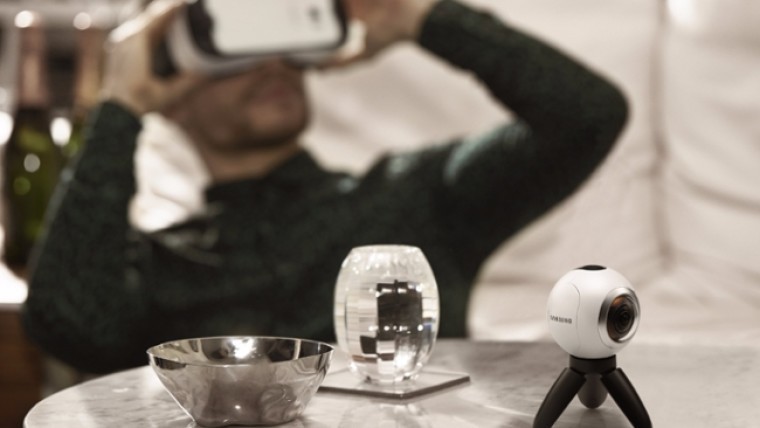 Alongside the Galaxy S7 smartphones, Samsung has also announced the Gear 360. The camera employs two fisheye lenses with 15-megapixel sensors, which can capture videos as well as still images with resolutions up to 30 megapixels. This camera is also dust and water resistant. It comes with microSD card support but no onboard storage.

Gear 360 will be made available in select countries in the second quarter of 2016.