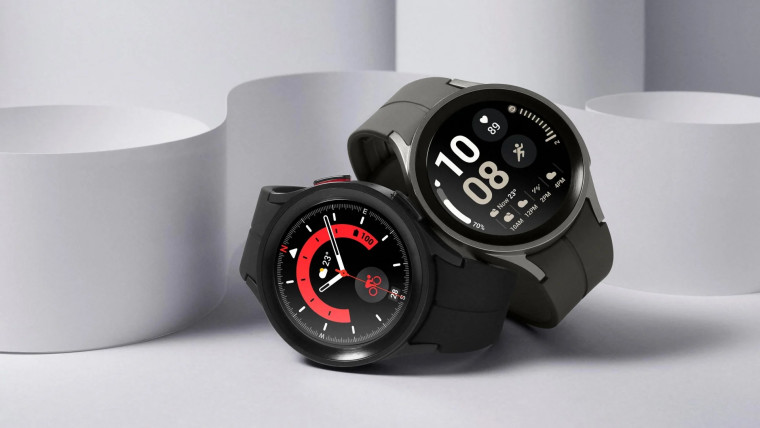 The new smartwatches take the design inspiration from the Galaxy Watch4 series, with edge-to-edge display and a circular display. Samsung is also bringing over the BioActive Sensor from the Watch4 series. For those who do not know, BioActive Sensor is a unique chip designed by Samsung to combine Optical Heart Rate, Electrical Heart Signal and Bioelectrical Impedance Analysis into one sensor. With the Galaxy Watch5 series launch, Samsung is also expanding the monitoring blood pressure and ECG to five new markets including Bolivia, Nicaragua, Réunion Island, Türkiye and Venezuela. Along with this, Samsung is also introducing a new temperature sensor that will use infrared technology to capture the data and provide details about the surrounding temperature changes as well.

Samsung has also increased the battery size with Galaxy Watch5 series coming with 13% larger battery. The smartwatch will be able to provide eight hours of sleep tracking with just eight minutes of charging.

Samsung has also improved the overall design of the watch with Galaxy Watch5 series becoming the first one from Samsung to feature a Sapphire Crystal display, which offers a 60% harder outer layer.

The Galaxy Watch5 series will be powered by a Exynos W920 Dual-Core SoC which is paired with 1.5GB of RAM and 16GB of internal storage. The smartwatch will come with WearOS 3.5 powered by Samsung's own OneUI interface.