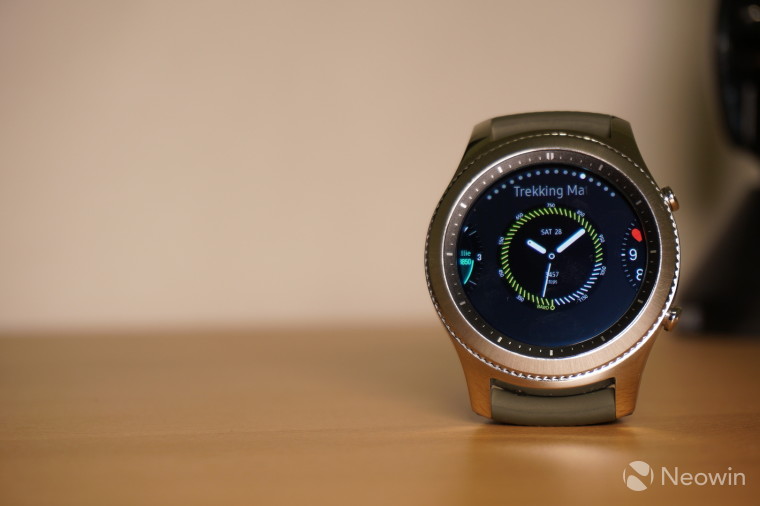 Samsung has started rolling out a large update for its Gear S3 classic and Gear S3 frontier devices in the United States. The update includes compatibility for BMW Connected, Gear for Nest, and Spotify, and an auto-refresh option for the alti-barometer. The update also brings support for Google’s recently-announced 'Find My Device' platform.

To install the upgrade, open up the Gear application on your smartphone, navigate to the Settings panel, tap 'About Gear', press 'Update Gear Software', then hit 'Download Updates Manually'.

Some other changes that come with this release include iOS UX enhancements and bug fixes (S Voice recognition rate, Connection Stability and Music Transfer from PC), a new three-hour max limit in the Stop Watch app, NYC Transit that offers real-time New York City public transit information, an update user interface for the News Briefing widget, and an auto switch feature which will connect the device you’re currently wearing to your phone – this feature is supported on the Gear S3, S2, and Fit2.

These new features match what British and Germany Gear S3 users were given in an update at the end of March. Currently, the new update for US users has been confirmed to roll out on AT&T’s network. The new update is version 2.3.2.3, up from 2.3.2.0.