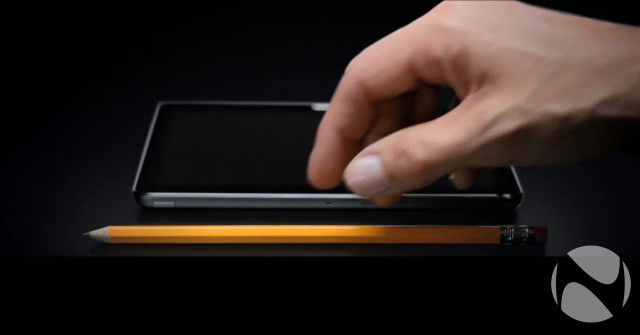 For those who haven't looked at their TV recently, Apple has been featuring an advertisement over the last few months for the Apple iPad Air. The iPad Air advertisement starts by seemingly talking about the usefulness of pencils, but eventually a hand lifts an iPad Air from behind the pencil and it is revealed that the advertisement was talking about the iPad all along! Pretty nifty stuff, right? Unfortunately, Samsung didn't seem to think so, and held nothing back when it came to mocking their biggest phone and tablet competitor in their latest ad uploaded to YouTube.

Samsung mocked Apple right from the beginning by copying Apple's first words "It's an extremely simple tool," but continuing it with "but also... extremely pointy." The advertisement moved on to the narrator discovering an iPad Air hiding behind the pencil, and then finding "the even thinner Galaxy Tab Pro" hiding behind the iPad Air.

Take notes, Huawei: this is how you're supposed to mock another company in your advertising.

Both ads can be viewed below: