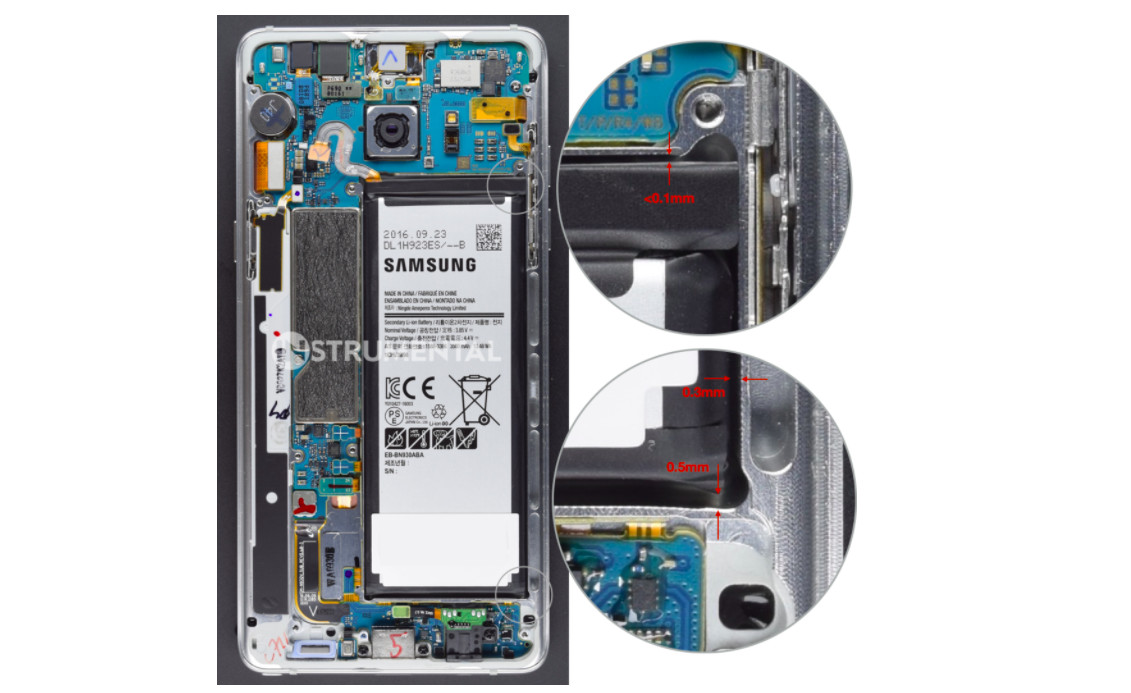 According to Instrumental, they followed the story closely as it unraveled this summer and dug into their own sources at Samsung. They heard numerous reasons as to why the device was ending up in flames and it usually came back as the battery being the culprit. Instrumental was a bit suspicious of this claim, stating that if it was the battery, Samsung could have simply remanufactured a new battery, rather than discontinue the device entirely and lose millions of dollars in the process.

What they found instead was Samsung pushing the boundaries when it came to manufacturing. Inside the Note7, there was very little room to accommodate the battery and the natural swelling that occurs during use. If these batteries did survive the initial run and lasted a few years, there would still be a high chance of swelling that would occur later down the line. In the opinion of the team at Instrumental, Samsung made decisions when it came to the design that would cause them to ship a dangerous product.