One of the most irritating aspects of following technology – whether as a journalist, an industry observer, an investor or a consumer – is the often enormous gaps between a product’s announcement and its market availability. Too often, tech brands get us all hot and bothered over their next big thing, only for months to pass before we’re actually able to buy it.

Nokia is one notable recent example of this – after announcing its Lumia 900 as an AT&T exclusive back at CES in early January, three months passed before the handset finally went on sale, to the endless frustration of users who had spent weeks on end hearing nothing but how wonderful the new Windows Phone handset was.

As Samsung prepares for a major launch of its own – that of the greatly anticipated new Galaxy S III, which will be revealed in London next week – it seems that the company is keenly aware of the perils of leaving big gaps between announcement and in-store availability. Samsung’s vice president for telecommunications and networks in the UK and Ireland, Simon Stanford, acknowledged the issue.

He told TechRadar: “Traditionally, the industry works in cycles around an event, meaning there’s usually quite a period of time between announcement and period of launch. Commercially, you have to question that; plus it presents a challenge by putting you in a position where everyone knows what you’re up to.” 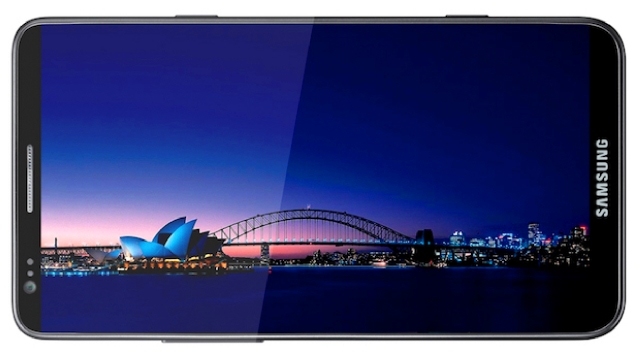 Indeed, the need to ‘shoehorn’ announcements around fixed points in the trade show calendar is a clear factor. This would certainly explain why the company seems to be moving away from relying on the big shows; Samsung drastically reduced its presence at this year’s Mobile World Congress, for example, where in 2011 it launched the Galaxy S II. More recently, the company has shifted towards a strategy of staging its own ‘Unpacked’ events, where the spotlight falls upon its products alone, rather than having to share the stage with rival brands.

Stanford also elaborated on the fact that improving the announcement-to-sale lead time helps to reduce the exposure of the company’s ideas to its rivals. He described the industry as “highly competitive and fiercer than I’ve ever seen it in the 15 years I’ve been working in it”. He went on to explain that “protecting IP and assets is becoming vastly important to everyone; now the development is such that whatever the product, it has to be protected at all costs.”

Of course, recognising and acknowledging the problem is just a step towards resolving it. The real proof that Samsung has got a grip on the issue will be the swift release of the Galaxy S III after next week’s announcement.