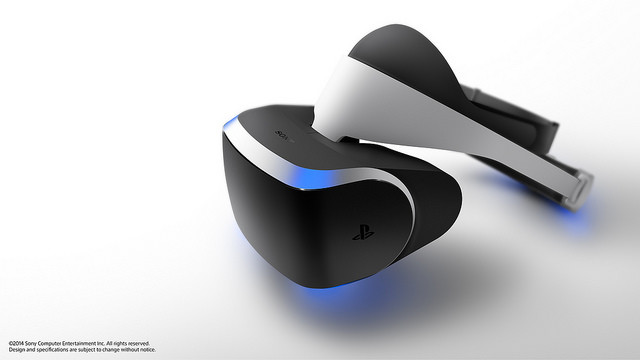 Sony has officially confirmed the rumors: It has been developing a virtual reality helmet, code-named "Project Morpheus," that is being made for its PlayStation 4 game console. Sony made the reveal today as part of its Game Developers Conference activities.

The official PlayStation blog has an image of the helmet, which Sony says has a 1080p display and a 90 degree field of view. It will work with their DualShock 4 and PlayStation Move controllers. It states:

Accelerometer and gyroscope sensors built into the head mounted unit as well as PlayStation Camera accurately tracks head orientation and movement, so as your head rotates, the image of the virtual world rotates intuitively in real-time. Project Morpheus also features our new 3D audio technology that re-creates stereoscopic sounds in all directions and changes in real-time depending on your head orientation.

"Project Morpheus" has been in the works for over three years, according to Sony, and the helmet will be given to game developers as part of a toolkit to help them create PS4 VR games. Engadget reports that Sony will have live demos of the helmet at GDC tomorrow for its attendees to check out. Sony has not yet announced when the "Project Morpheus" development kits will be available, nor when the first commercial PS4 VR helmet will go on sale to consumers.