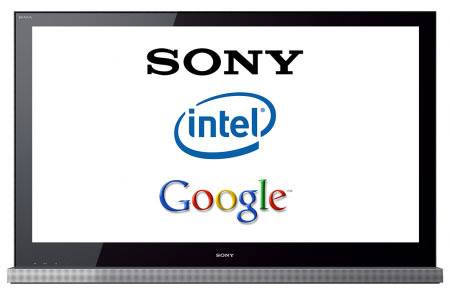 Bloomberg reports that Sony is planning to introduce new TVs with Intel chips and Google software next month.

According to the report, Sony and Google plan to discuss the new products at a conference sponsored by Google in San Francisco on May 19 and May 20. The trio has also picked up Logitech to design the remote control for the new set-top box, including a tiny keyboard for navigation.  The set-top box is said to be Android powered, Google’s popular smartphone operating system, and require an Internet connection.

Google and Sony have their work cut out for them, entering a market that already has heavy competition, including Cisco, Motorola, Microsoft, Apple, TiVo, Roku and Boxee.  Not to mention Yahoo, who demonstrated Widgets on the new lineup of LG HDTV’s.