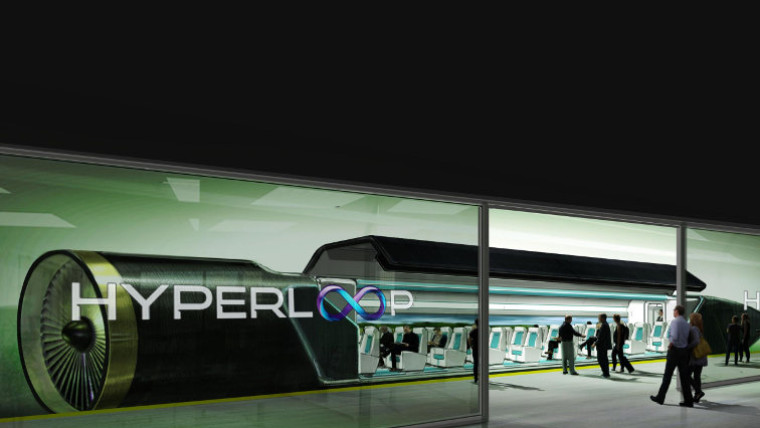 A deal allowing the licensing of the super fast transport system, Hyperloop, has just been signed between the South Korean government and Hyperloop Transportation Technologies.

Plans for where the system may go in Europe were recently unveiled, and this bid from South Korea appears to have a strong chance of contesting Europe in being the first Hyperloop system. A comprehensive map of where they might like to place the routes in South Koreas has also been released. 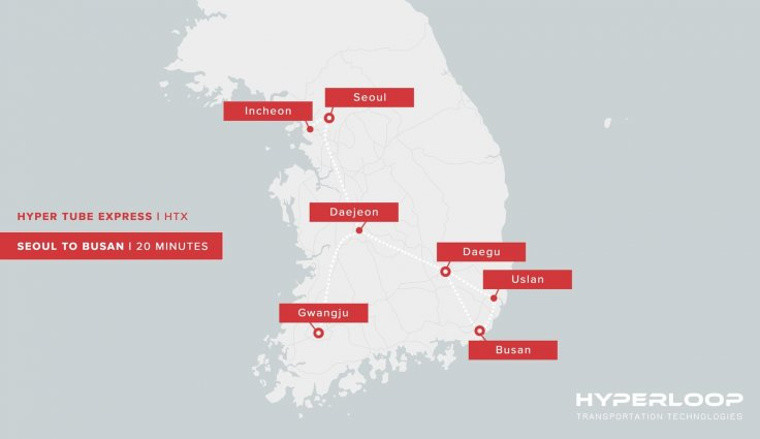 The proposed network boasts that the journey across South Korea, from Busan to Seoul, which usually takes three hours would be reduced to twenty minutes, once the Hyperloop is fully implemented. This is due to the speed of the Hyperloop system, which is said to be over 1126 kilometers per hour as its carriages cruise through a closed tube from one station to another, powered electronically, and levitated magnetically.

Hyperloop Transport Technologies will be working closely with the South Korean Institute of Civil Engineering and Building Technology, as well as a university, to develop the transport infrastructure which in South Korea will be known as the Hypertube Express(HTX).

The agreement allows access for the development of all the associated technologies: such as magnetic levitation and propulsion, the tube design, but most importantly a Hyperloop test bed will also be developed in South Korea.

Currently the system has only done extensive testing on a strip of desert in California, and the list of countries either working towards or working on a Hyperloop system does seem to be growing, this level of interest is perhaps an indicator of the level of confidence that planners may have in its future success.

Source: IB Times | Images via The Independent and IB Times