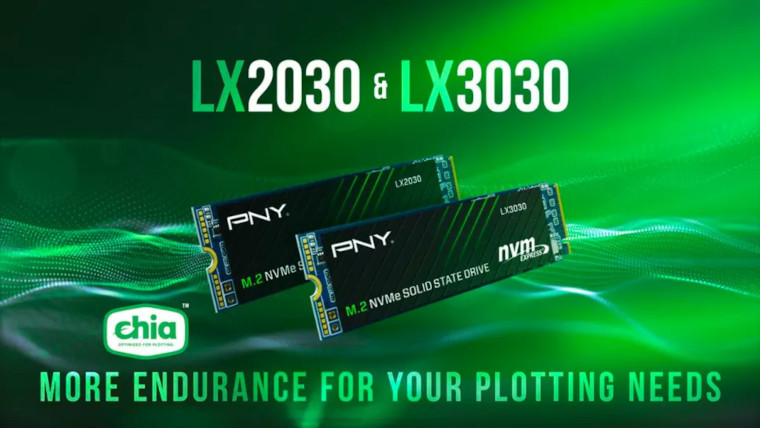 PNY was recently caught cutting down SSD write endurances in order to deter Chia crypto-coin miners. However, it seems the firm has figured that this will also affect normal users as well who won't be too happy to receive the short end of the stick. So today, the firm has launched special SSDs designed for Chia mining in the form of the new LX series. A couple of new PCIe 3.0 2280 M.2 drives have been launched, which are the LX2030 and the LX3030. The new drives utilize an unspecified Phison NAND controller.

The LX in the name apparently is derived from the underlying 'Lifextension technology' that the new SSDs feature. According to the firm, this Lifextension technology comprises an advanced AI Engine and Low-density parity-check (LDPC)-based NAND Flash interface to raise the endurance levels of the new LX SSDs.

Interestingly, while PNY is excited to launch the new LX SSDs, a study was published recently by Backblaze that showed farming Chia was not going to be a very profitable venture for miners in the long run.